Career leaders in the NFL's four main statistical categories - through Week 3 of the 2008 NFL Regular Season. 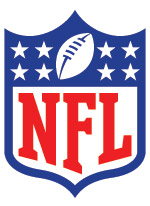 AAFC Stats: The Pro Football Hall of Fame began tracking the Top 20 career leaders at the conclusion of the 1968 season.  These lists were maintained in a museum display and later on our website.  One difference from the Hall of Fame’s lists from other similar statistical lists was that they included the stats from the defunct All-America Football Conference (AAFC) that operated from 1946-49.

When the Hall’s Top 20 debuted in 1968, there were nine players on the lists that had connections to the AAFC.  Today, there are only two players who would rank among the Top 20 if their stats from the AAFC were included.  Otto Graham’s passer rating combining AAFC and NFL stats would equal 86.63.  Lou “The Toe” Groza’s career point total would be 1,608 points if the 259 he scored in the AAFC were recognized by the NFL.  That would place him among the Top 20 scorers of all-time.

***SPECIAL EVENT: BROWNS TAILGATE PARTY THIS SUNDAY AT THE HALL OF FAME***

On the line with a Hall of Famer