In 1994, the National Football League celebrated its 75th Anniversary Season. Periodically throughout the season NFL clubs took the field wearing specially designed Throwback uniforms. This is the helmet that Hall of Fame tackle Gary Zimmerman wore that season. He donated it to the Pro Football Hall of Fame shortly after his election to the Hall of Fame in 2008. 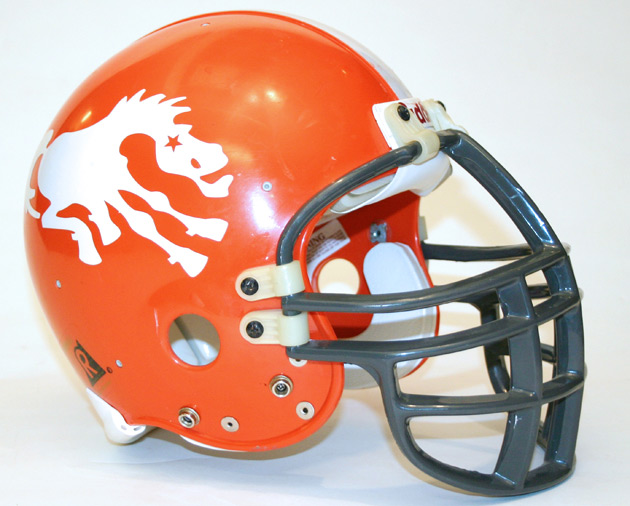 An invention for the sidelines was pitched to Paul Brown in the 1950s.

Submit your photo to win!

Submit a photo of you in your favorite team gear in the Hall's newest gallery - The Lamar Hunt Super Bowl Gallery - for a chance to win a trip to Super Bowl XLIV in South Florida.