This is the jersey and pants worn by Minnesota Vikings running back Adrian Peterson on Nov. 4, 2007. Peterson, a rookie at the time, set the NFL’s single-game rushing mark when he exploded for 296 yards against the San Diego Chargers. He had a mere 43 yards at halftime and then racked up an incredible 253 yards in the second half. [Story: Vikings rookie RB sets single-game rushing mark] 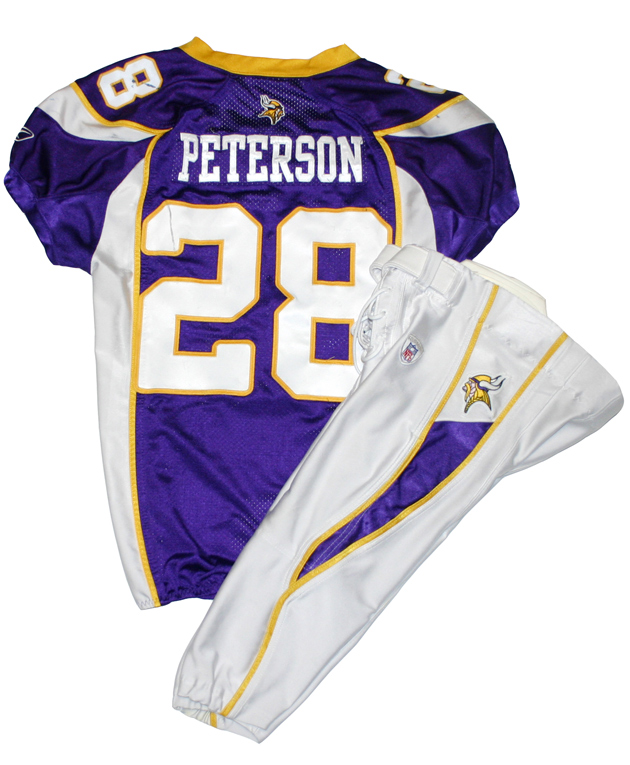