Indianapolis Colts Wide Receiver Marvin Harrison wore this jersey in Week 15 of the 2002 season when he broke the single-season record for most receptions. His record catch occured against the Cleveland Browns on Dec. 15, 2002 when he caught his 124th pass of the season. He ended the game with nine receptions for 172 yards and two touchdowns.

The record was previously held by Herman Moore, who set the record in 1995 with Detroit.

Harrison's yardage total from the game also put him over the 1,500-yard receiving plateau making him the first player in history to record 1,500 yards receiving in consecutive seasons. 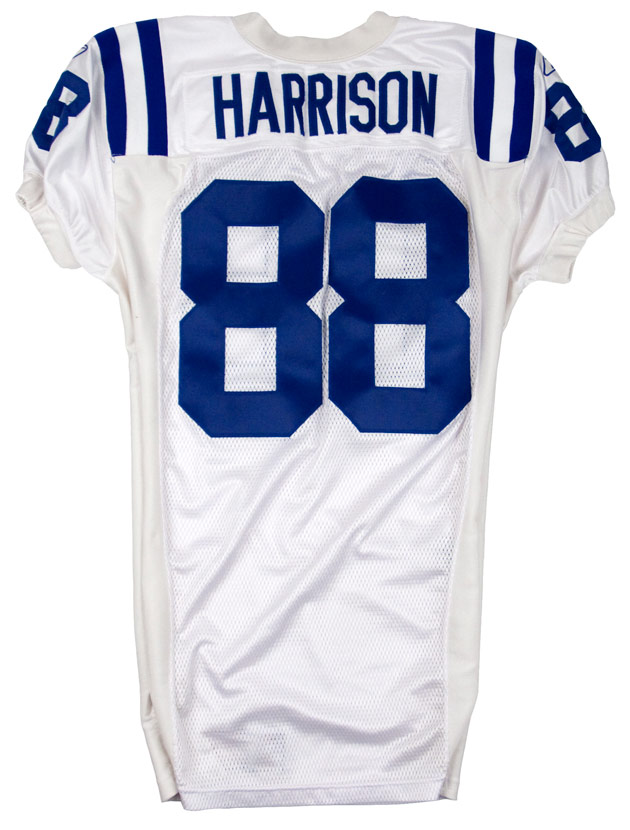 The list of Modern-Era nominees under consideration for the Class of 2014 will be announced exclusively on NFL Network Wednesday at 10 p.m. ET.

Learn the history of each of the 32 current NFL franchises.