History Published on : 11/3/2014
The Pro Football Hall of Fame’s Mission is to: Honor the Heroes of the Game, Preserve its History, Promote its Values & Celebrate Excellence EVERYWHERE. We found many samples from Week 9 that align with our Mission, Vision, and Values!


Larry Fitzgerald also extended the longest active streak with at least one catch to 157 games.

Quarterback Kurt Warner, who guided the Cardinals to their only Super Bowl, is among 113 Modern-Era nominees under consideration for the Pro Football Hall of Fame’s Class of 2015. Will Warner earn a Gold Jacket in ’15? First, he will need to survive the cut down to 25 semifinalists. That announcement comes during “Gold Jacket Semifinalists,” a one-hour NFL Network special from Canton on Nov. 18 at 9 p.m. EDT. 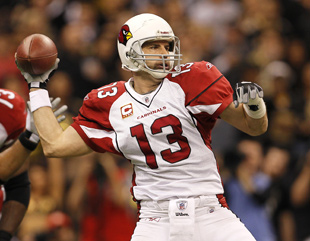 New England Patriots tight end Rob Gronkowski has been one of Tom Brady’s favorite targets since joining the team in 2010. On Sunday, Gronkowski recorded his 50th career touchdown reception when he hauled in a one-yard pass in the team’s 43-21 victory against the Denver Broncos. His touchdown reception tied him with Randy Moss as the second-fastest players in NFL history to reach 50 career touchdown catches. The Patriots tight end reached this feat in 59 games. 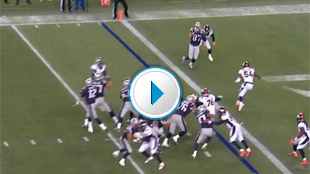 Q: Which player reached 50 TDs in the fastest span? Find out at the bottom of the page.

Denver Broncos quarterback Peyton Manning continued his record-breaking season this past Sunday. Manning completed 34 of 57 passes for 438 yards and two touchdowns against the New England Patriots. In doing so, he broke Gold Jacket Dan Marino’s record for the most career 400-yard games. Manning now has 14 games with 400 or more yards passing. 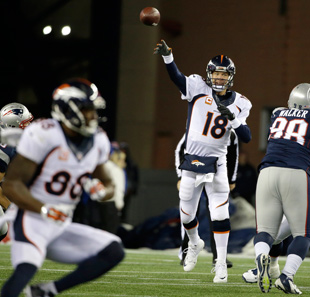 Ben Roethlisberger etched his name into the NFL’s record book again this week. One week after the quarterback became the first to throw for 500 or more yards in a game twice in a career, the signal-caller set an NFL record for most touchdown passes in consecutive games.

Roethlisberger threw for 340 yards and six scores to lead his team to a 43-23 victory over the Baltimore Ravens on Sunday night. Combined with his six-TD effort against the Indianapolis Colts on Oct. 24, Big Ben has thrown 12 TD passes in the last two games. No quarterback has ever had back-to-back six-touchdown games. 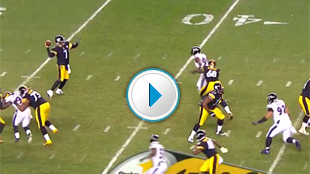 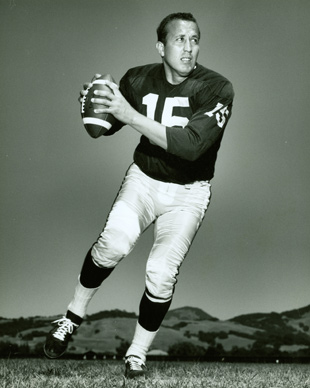 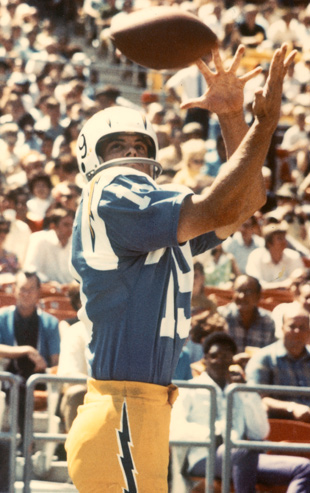 The values learned from the Game often transfer well to the political arena. Many NFL legends, including Hall of Famer Steve Largent, have embarked on political careers after their playing days.