Oakland Raiders safety Charles Woodson recently announced his retirement from playing professional football after the season ends, which means his Canton eligibility begins in 2021. And, if Canton calls, he’ll be recognized with the three iconic symbols of Hall of Fame enshrinement; Bronze Bust, Gold Jacket and Hall of Fame Ring of Excellence, created by Kay® Jewelers. Everything you need to know about the Hall of Fame selection process can be found here. 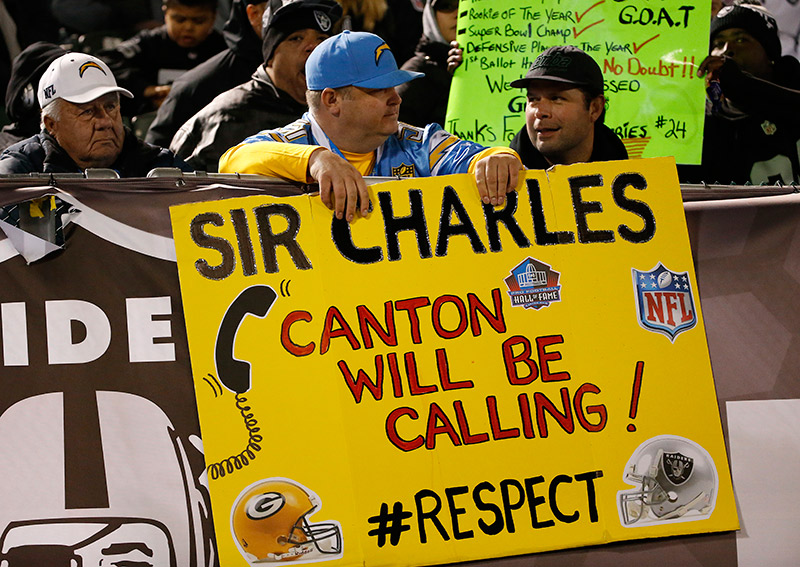 There are currently 24 cornerbacks, 15 Oakland Raiders and 23 Green Bay Packers elected to the Hall of Fame. Here’s how Woodson stacks up against the greatest of all time with one game remaining in his career.

Class of 2016 Senior Finalist Ken Stabler gained many fans while playing for the Raiders. One of those fans is arguably one of the most iconic actors of all time – Tom Hanks.

The Green Bay Packers rolled through the end of the 2010 NFL Season and capped the year with a Super Bowl championship. The team remained undefeated until Week 15 of the 2011 season. See where they compare to other team's winning streaks.