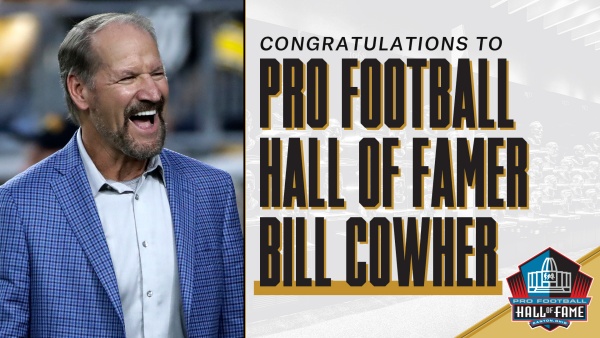 Longtime Pittsburgh Steelers Coach BILL COWHER has been elected to the Pro Football Hall of Fame as a member of the Centennial Slate for the Class of 2020. The Hall’s President & CEO David Baker surprised Cowher tonight in studio with the life-changing news live on CBS’s “THE NFL TODAY” prior to the network’s broadcast of the Tennessee Titans divisional matchup against the Baltimore Ravens.

Former @Steelers head coach Bill Cowher has been selected to the @ProFootballHOF Centennial Class of 2020!

A special Blue-Ribbon Panel met at the Hall of Fame in Canton this past Wednesday to elect the Centennial Slate. This is the first time any members of the Pro Football Hall of Fame were elected during a selection meeting held at the Hall in Canton.

The Centennial Slate includes 10 Seniors (players who last played more than 25 seasons ago), three Contributors (an individual other than a player or coach), and two Coaches (who last coached more than five seasons ago) and were voted on from a list of 38 Finalists. The Centennial Blue-Ribbon Panel carefully scrutinized nearly 300 nominees in the process.

The remainder of the 15-person Centennial Slate for the Class of 2020 will be revealed live on Good Morning Football next Wednesday, Jan. 15 beginning at 7 a.m. ET on NFL Network.

The Class of 2020 will consist of 20 members. An additional five members will be added to the Class of 2020 on “Selection Saturday,” the day before Super Bowl LIV, when the Modern-Era Player Finalists are voted on by the Pro Football Hall of Fame Selection Committee.

Cowher served as the head coach for the Pittsburgh Steelers for 15 seasons (1992-2006). He led the team to 10 playoff appearances including eight division championships and two Super Bowls – capturing one Lombardi Trophy when the Steelers defeated the Seattle Seahawks 21-10 in Super Bowl XL. Cowher had an overall career record of 161-99-1 with a remarkable winning percentage of .619. 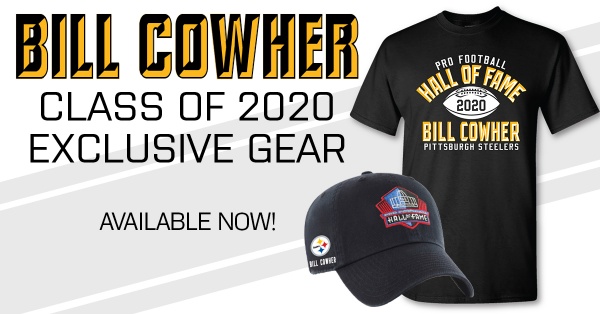 Exclusive Pro Football Hall of Fame gear for the members of the Class of 2020 will become available as the enshrinees are revealed. Fans can now purchase special Cowher t-shirts and hats at https://www.profootballhof.com/store/class-of-2020/

What Is HOF Experiences?

Pro Football Hall of Fame Experiences brings guests closer than ever before to Enshrinement Week Powered by Johnson Controls.

The NFL continued to dominate American television in 2019.