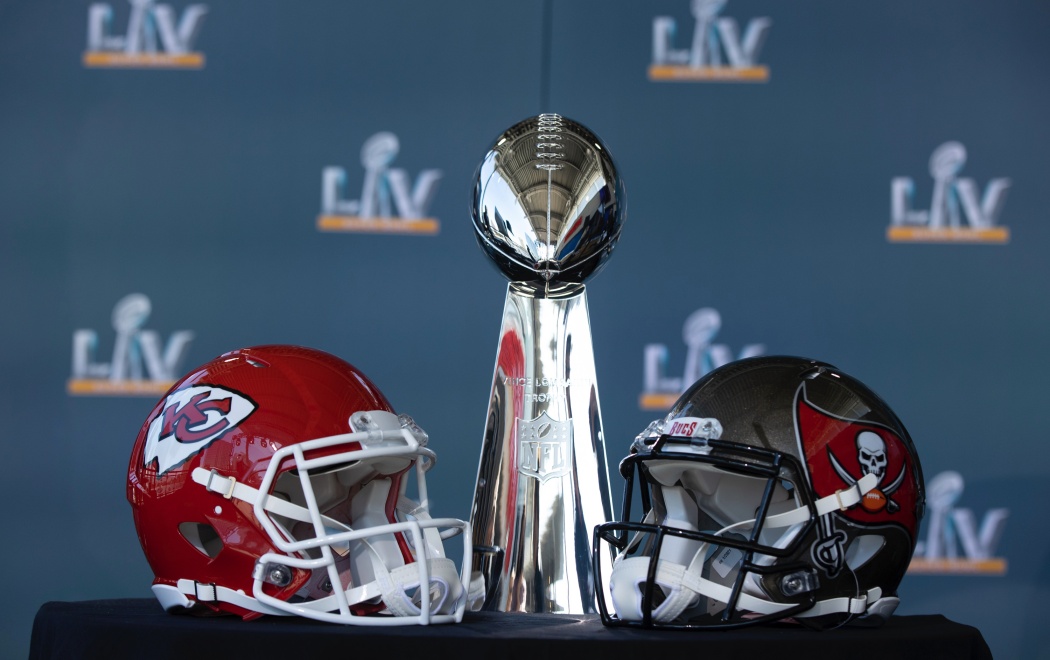 The winning team receives permanent possession of the Vince Lombardi Trophy, a sterling silver trophy created by Tiffany & Company, which is presented annually to the winner of the Super Bowl.

The trophy was named for the late Vince Lombardi before Super Bowl V. The trophy is a regulation-size silver football mounted in a kicking position on a pyramid-like stand of three concave sides.

However, there is an interesting story of how the Vince Lombardi Trophy was designed.

In 1967, Commissioner Pete Rozelle took charge of finding a trophy for the first AFL-NFL Championship Game.

Former NFL Executive Director Don Weiss, in his book “The Making of the Super Bowl,” said Rozelle wanted the trophy to be aligned with his vision of everything about the game being first class.

The only company he contacted was Tiffany, which brought in the company’s design chief, Oscar Riedener, a native of Switzerland who knew nothing about football. Reidener went to FAO Schwartz and bought a football that he put on his kitchen table. The next morning he grabbed a box of Cornflakes, poured them into a bowl, and stared at the football while eating.

Upon finishing his Cornflakes, he took a pair of scissors, started cutting the empty box, and transformed it into a trophy base atop which the football could sit.

Over lunch a couple of days later with Rozelle and a delegation from Tiffany’s, Riedener drew a sketch of his design on a cocktail napkin. Rozelle liked it and it continues to be the design of the Lombardi Trophy 51 years later.

The year-by-year temperatures at kickoff for the Super Bowl.