It's Presidents Day, so what better way to honor all the men who have served as President of the United States and played the Game of Football.

"He could have probably played pro ball as a pitcher. I think he threw 80 miles an hour. I was the catcher. He made my hand black and blue every day."

"Could he play football? Could he play soccer? He could do anything he wanted. He was physically and mentally gifted.” 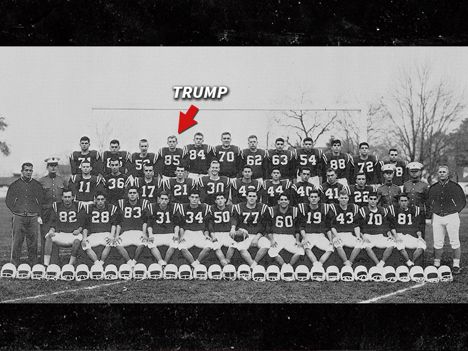 5. John F. Kennedy (Harvard): Kennedy wasn't the only member of his family to play football at Harvard, as both Robert and Edward Kennedy did as well. Unlike his brothers, though, John never really played. In fact, JFK never made it past the JV thanks to illness and injuries. All his gridiron glory came on the front lawn with the family. John Kennedy played football at Harvard, but unlike his brothers who all excelled at the sport (both Robert & Edward were Harvard football lettermen), JFK did not progress beyond the JV team due to illness and injury in his freshmen year. Despite his physical ailments, JFK remained as active as possible in sports, often participating in touch football games with his family and friends which might have led him to create one of his most famous quotes: “We do not want our children to become a generation of spectators. Rather we want each of them to be a participant in the vigorous life

4. Richard Nixon (Whittier College): Like Kennedy, Nixon never really played at Whittier College in California, but at least he was on the team. He just served as a reserve tackle. Now, think about that for a moment. I know Whittier isn't exactly an SEC school, but Richard Nixon, who was 5-foot-11 and weighed 175 pounds, played tackle. Most kickers are bigger than that nowadays.

3. Ronald Reagan (Eureka College): Reagan played at tiny Eureka College in Illinois, but he wasn't exactly a revelation on the field.

He was a lineman at Eureka College in Illinois, but his more well-known football connection is for portraying Notre Dame football great George Gipp in the 1940 film Knute Rockne, All American, Reagan was given the nickname “Gipper” and used the real George Gipp’s famous line “just win one for the Gipper” as he was running for the presidency. He was George Gipp in Knute Rockne All American. Without him, how would we have known to win one for the Gipper? 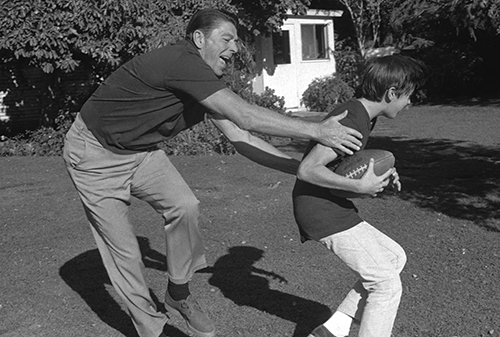 2. Dwight D. Eisenhower (Army): Before he went on to his military career, and then the Presidency, Ike served as both a running back and linebacker at Army, starting on both sides of the ball. He also tackled Jim Thorpe once, which is a greater football accomplishment than any of the first three Presidents on this list can even dream of. Dwight Eisenhower has been quoted as saying, “not making the baseball team at West Point was one of the greatest disappointments of my life, maybe my greatest.” But, that disappointment led him to make the West Point football team where he was a varsity starter as both running back and linebacker and tackled the famous Jim Thorpe of the Carlisle Indians.

1. Gerald Ford (Michigan): There really wasn't any other option for No. 1 on this list. Not only did Ford play at Michigan, but was a team MVP with the Wolverines after being named all-state in high school. He also had offers to go pro following college, but instead chose to coach at Yale while attending law school there. Then he ended up as President, which probably doesn't happen if he signs with the Green Bay Packers instead Gerald Ford was all-state at South High School in Grand Rapids, MI, and went on to become an MVP for the University of Michigan (even playing against the Chicago Bears as a member of the 1935 collegiate all-star team). After turning down several pro football offers (including one from the Green Bay Packers), Ford took a coaching position at Yale and applied to its law school. 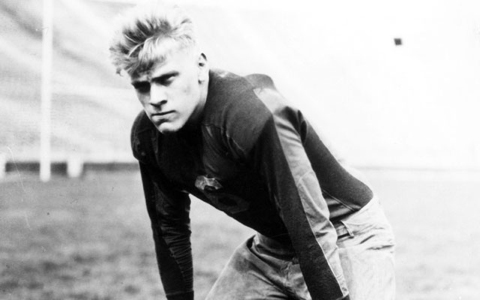