Story Courtesy of the Hollywood Reporter 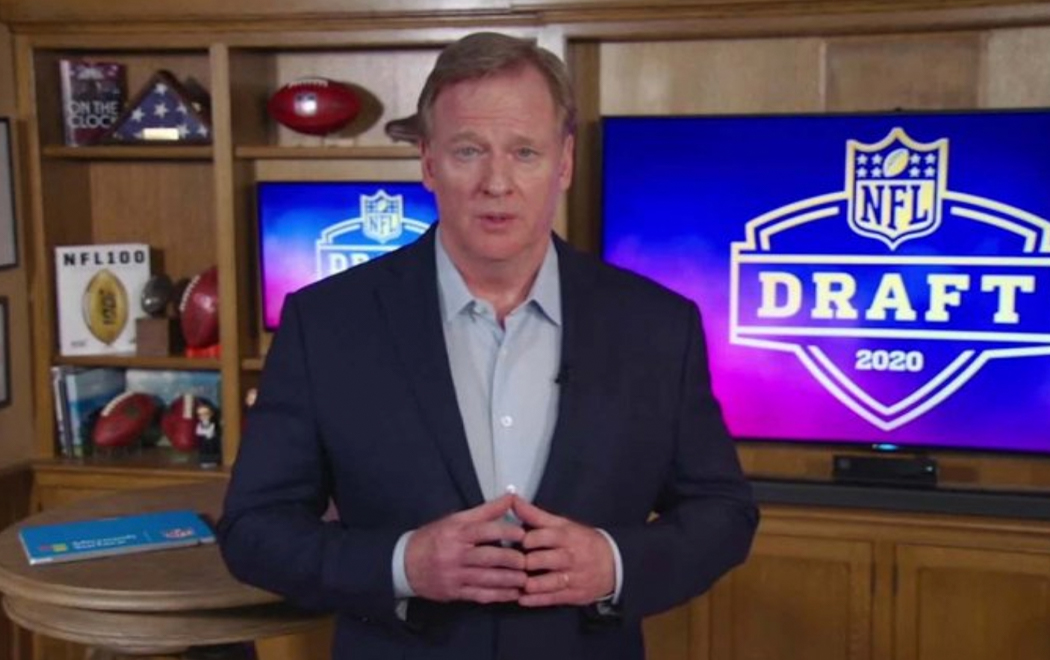 The NFL Draft dominated Thursday's ratings, setting an all-time high in viewers for the first round amid a sports-starved TV landscape.

Coverage of the draft on ABC, ESPN and NFL Network, plus ESPN Deportes and digital outlets, averaged 15.6 million viewers — a 37 percent improvement over night one of the 2019 draft and an all-time high for the event.

Night one of last year's draft averaged 11.1 million viewers across all three networks (11.4 million including digital outlets). The previous record high for the first night of the draft was 12.4 million viewers in 2014; Thursday's broadcast was 26 percent higher.

The 15.6 million people who watched the draft Thursday is almost as many as the average for actual NFL games last season: Regular-season contests averaged about 16.5 million viewers in 2019.

The draft is the biggest sports-related event to air on linear TV since the coronavirus pandemic shut down live competition in mid-March. ESPN also got big ratings on Sunday with the premiere of documentary series The Last Dance, chronicling Michael Jordan's final year with the Chicago Bulls in 1997-98. The draft, which continues Friday and Saturday, is being conducted remotely, with coaches, general managers and league officials all having cameras in their homes.

The top three markets for the draft in overnight household ratings were all in Ohio: Columbus — home to Ohio State University, where two of the top three picks played (and overall No. 1 Joe Burrow began his college career before transferring to LSU) — drew a 16.7 rating, followed by Cleveland (15.9) and Cincinnati (15.6). The Cincinnati Bengals chose Heisman Trophy winner Burrow with the first pick.

Hall of Famer and former GM Bill Polian joined us on the latest episode of The Mission to discuss the NFL Draft.