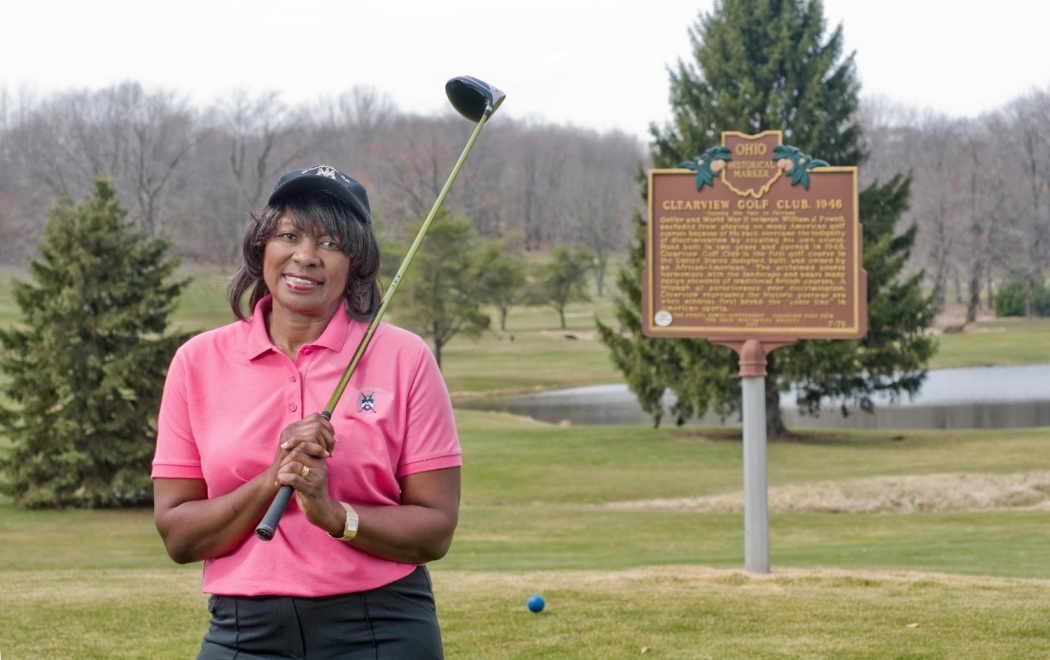 Renee Powell, a member of the Pro Football Hall of Fame Board of Trustees and a trailblazer in the world of golf, added another accolade to her illustrious career.

“The Donald Ross Award is outstanding. It means so much to me because it talks about really what one gives to the game of golf ... to receive such an honor, especially from a man who came from Scotland and now I do many things in Scotland, it means so much. It means that we have made significant contributions to the world of golf and I think that is what’s really important,” shared Powell moments after she accepted the Award on behalf of her family.

The award, given annually since 1976, is presented to a person who has made a significant contribution to the game of golf and the profession of golf course architecture.

Powell certainly qualifies in both categories.

Her list of accomplishments and notable “firsts” date back to the first time she picked up a club at age 3.

By the time she was 15, Powell had racked up 50 amateur event victories and was well on her way to a collegiate and professional career that would see her become:

In 2017, Powell was inducted to the PGA America Hall of Fame. She also is a member of the Ohio Golf Hall of Fame.

Jan Bel Jan, president of the American Society of Golf Course Architects, presented Powell with the award on the first tee at her home course: Clearview Golf Club near East Canton, Ohio.

“It was probably one of the most important things in my life to be able to present the Donald Ross Award to Renee Powell because she has been an inspiration. She is on the leading edge of inclusivity in everything; not just golf. As a human being, she is out there for humanity to be together,” stated Bel Jan.

The American Society of Golf Course Architects had intended to honor Powell at its annual conference in September, but that program has been canceled amid the COVID-19 pandemic.

Making the presentation at Clearview seems more appropriate in a way, however. Powell’s father, William Powell, became the first Black person to create and build his own golf course in the United States when he carved Clearview out of the rolling hills roughly 10 miles from the Pro Football Hall of Fame in Canton.

“More people need to know her story. The story of her family and their lifelong commitment to golf and including everybody regardless of gender or race in golf,” shared Bel Jan.

Donald Ross, who emigrated from Scotland in 1899 with $2 to his name, would devote his life to golf. He designed more than 400 courses in the United States – many rated in the top 100 and the host sites for PGA and LPGA events. Both Brookside Country Club and Congress Lake County Club in Stark County and nearly three dozen other sites in Ohio are Ross-designed courses.

Ross founded the American Society of Golf Course Architects in 1947, serving as its first honorary president. He declined an official title due to his failing health and died the following year at age 75.

Drew Pearson Selected as Finalist for HOF Class of 2021