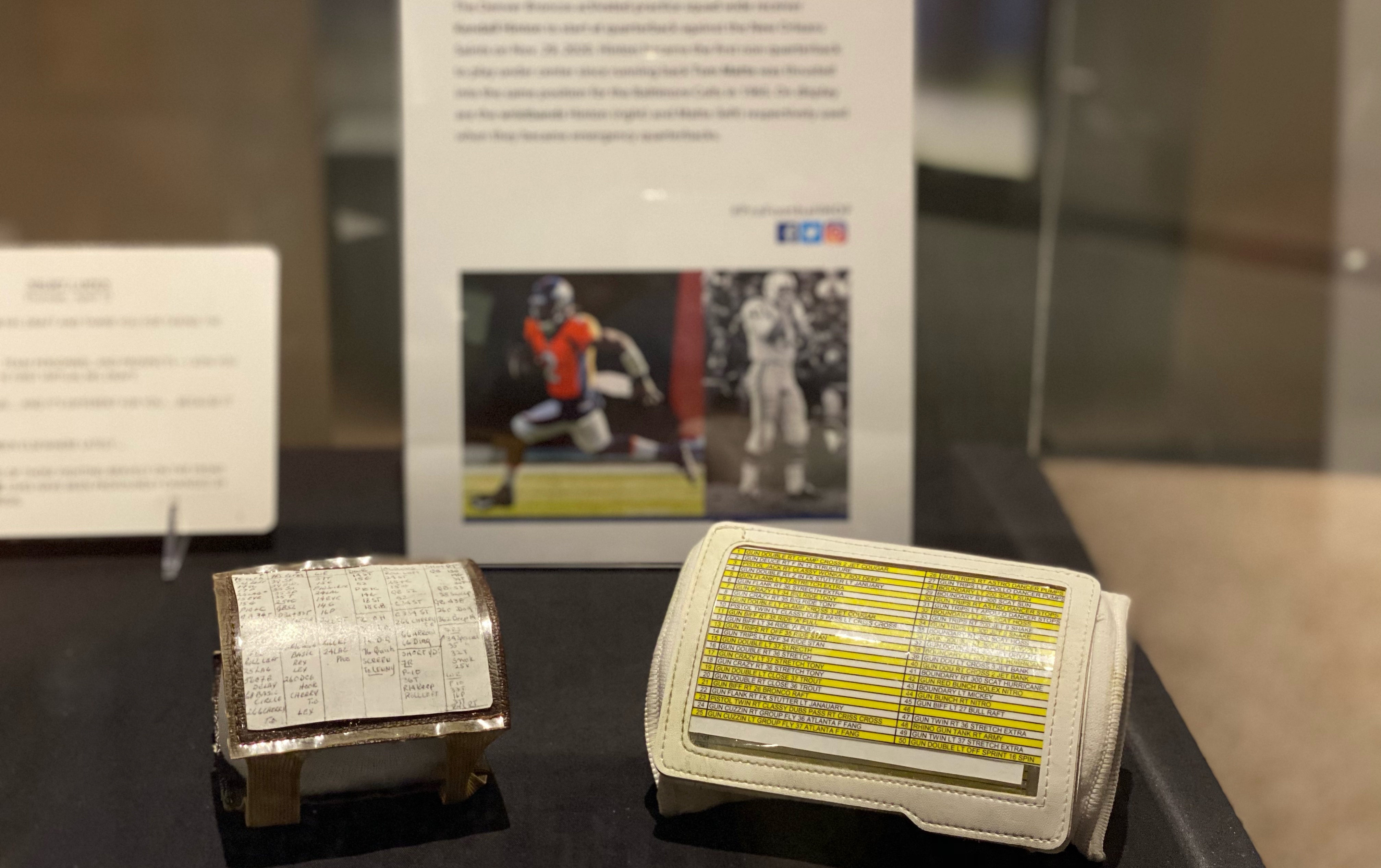 Now on display at the Pro Football Hall of Fame in the Pro Football Today Gallery is the game-worn wristband of Kendall Hinton when he made an emergency spot start at quarterback for the Denver Broncos in their Week 12 matchup against the New Orleans Saints on Nov. 29, 2020.

Hinton, now a wide receiver in the NFL, played quarterback in college at Wake Forest before converting positions. He was activated from the Broncos’ practice squad following all of the team's quarterbacks being placed in COVID-19 quarantine. He became the first non-quarterback to start at the position in an NFL game since running back Tom Matte did so for the Baltimore Colts in 1965.

Hinton’s play-calling wristband along with Matte’s wristband from 1965 are on display at the Hall.

Today, the man who put player evaluations in the spotlight – first for the Dallas Cowboys and later for the entire League – steps into the Gold Jacket Spotlight.