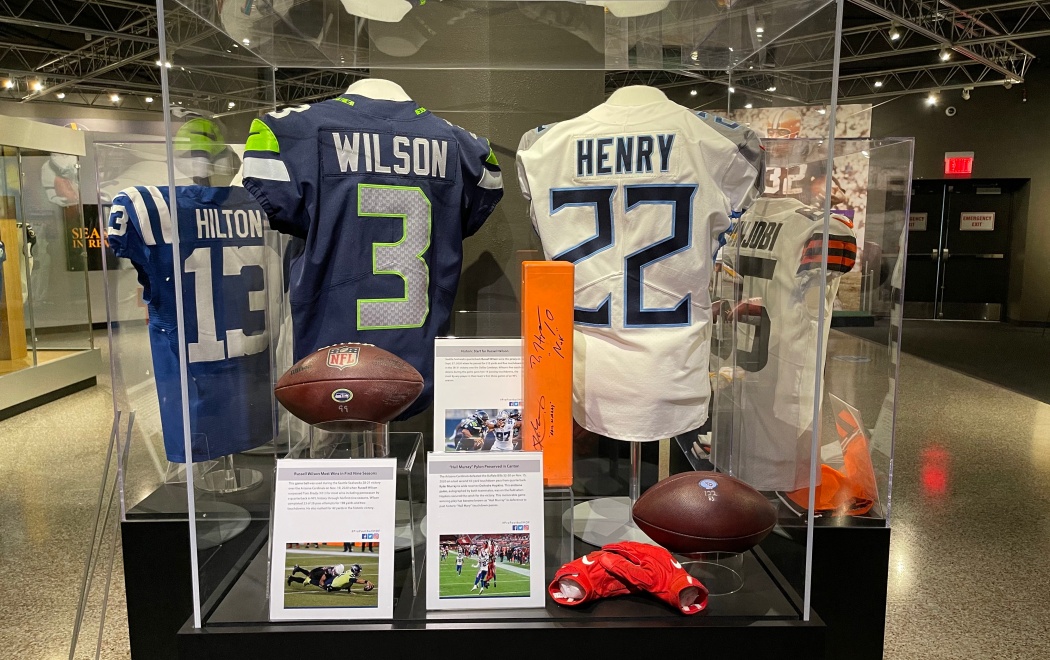 The Pro Football Hall of Fame collected a game ball and gloves used by Tennessee Titans running back Derrick Henry to commemorate his special achievement of rushing for more than 2,000 yards in the 2020 NFL regular season.

Henry became the eighth running back in NFL history to hit the 2,000-yard rushing mark after accumulating 250 yards in the Titans’ 41-38 victory over the Houston Texans on Jan. 3, 2021. He finished the season with 2,027 total yards.

Henry also became the first player in league annals with five career games with at least 200 rushing yards and two rushing touchdowns. The game ball and gloves are now on display in the Pro Football Today Gallery.

Gold Jacket Spotlight: Don Maynard, A Man of Many Firsts

A member of the Pro Football Hall of Fame’s Class of 1987, Maynard steps into this week’s Spotlight.

Jefferson's gloves and game ball are now on display.