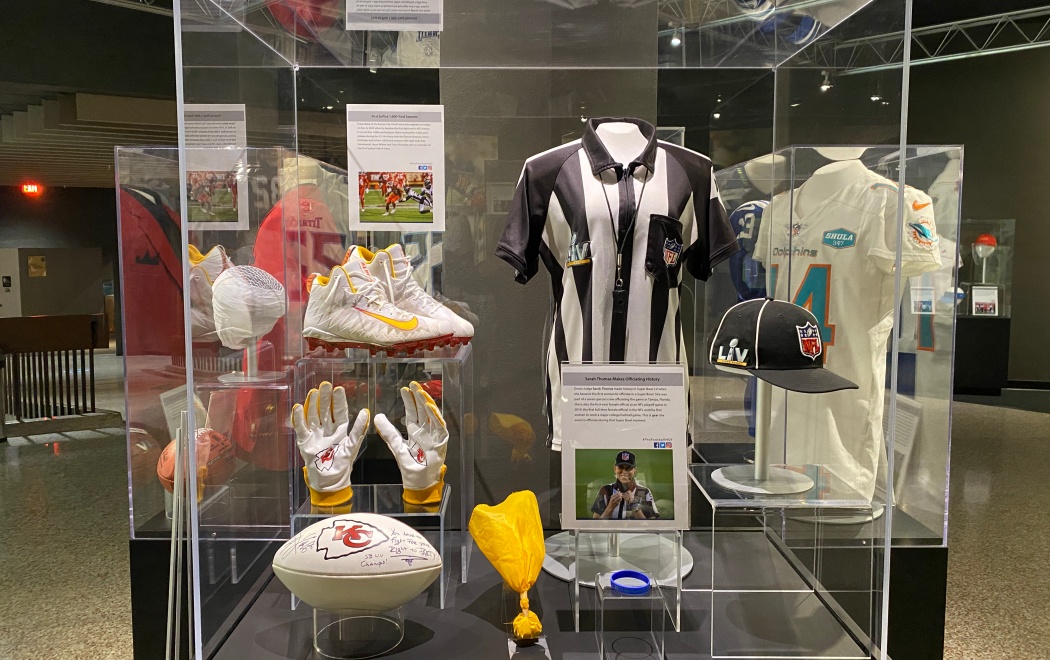 The Pro Football Hall of Fame recently received new artifacts from Super Bowl LV. On display in the Pro Football Today Gallery is the game-worn gear used by NFL official Sarah Thomas when she made history as the first woman to officiate in a Super Bowl. She was a part of a seven-person crew to call the game between the Kansas City Chiefs and the Tampa Bay Buccaneers on Feb. 7, 2021. The game was played in Tampa, Fla.

Thomas has set additional milestones in her career, including first female to officiate an NFL playoff game (2019), first full-time female official in the NFL and first woman to work a major college football game.

Otto, a member of the Pro Football Hall of Fame’s Class of 1980, steps into the Gold Jacket Spotlight.

Hall of Fame, Centene Teaming Up to Tackle Concerns Over COVID-19 Vaccinations