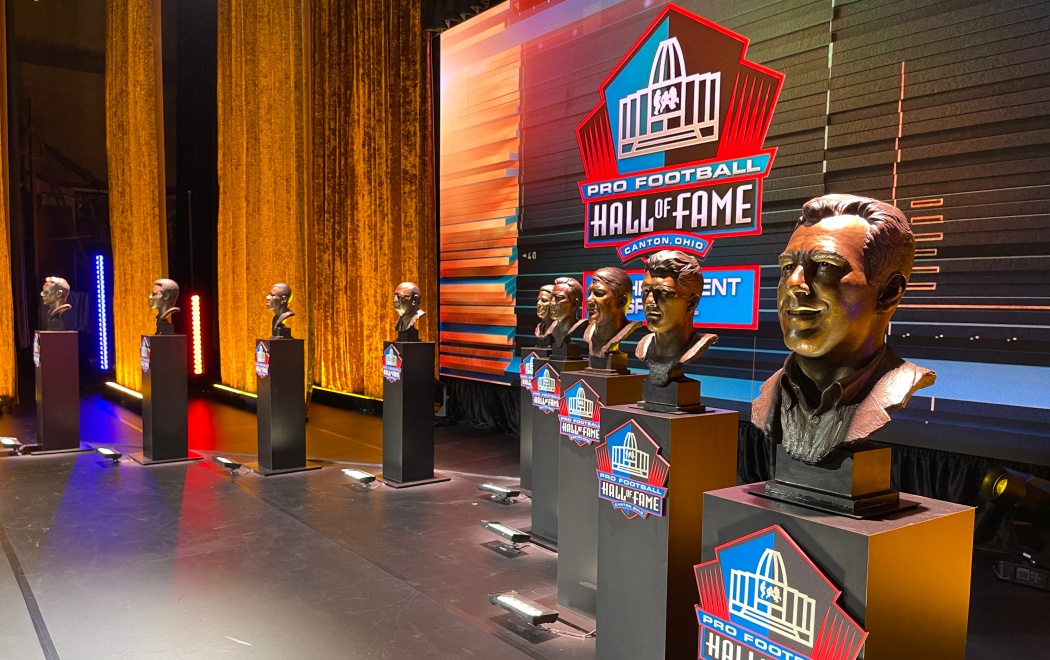 The Pro Football Hall of Fame added nine men to its list of legends Wednesday night with the enshrinements of players and contributors who had been elected posthumously to either the Centennial Class of 2020 or the Class of 2021. 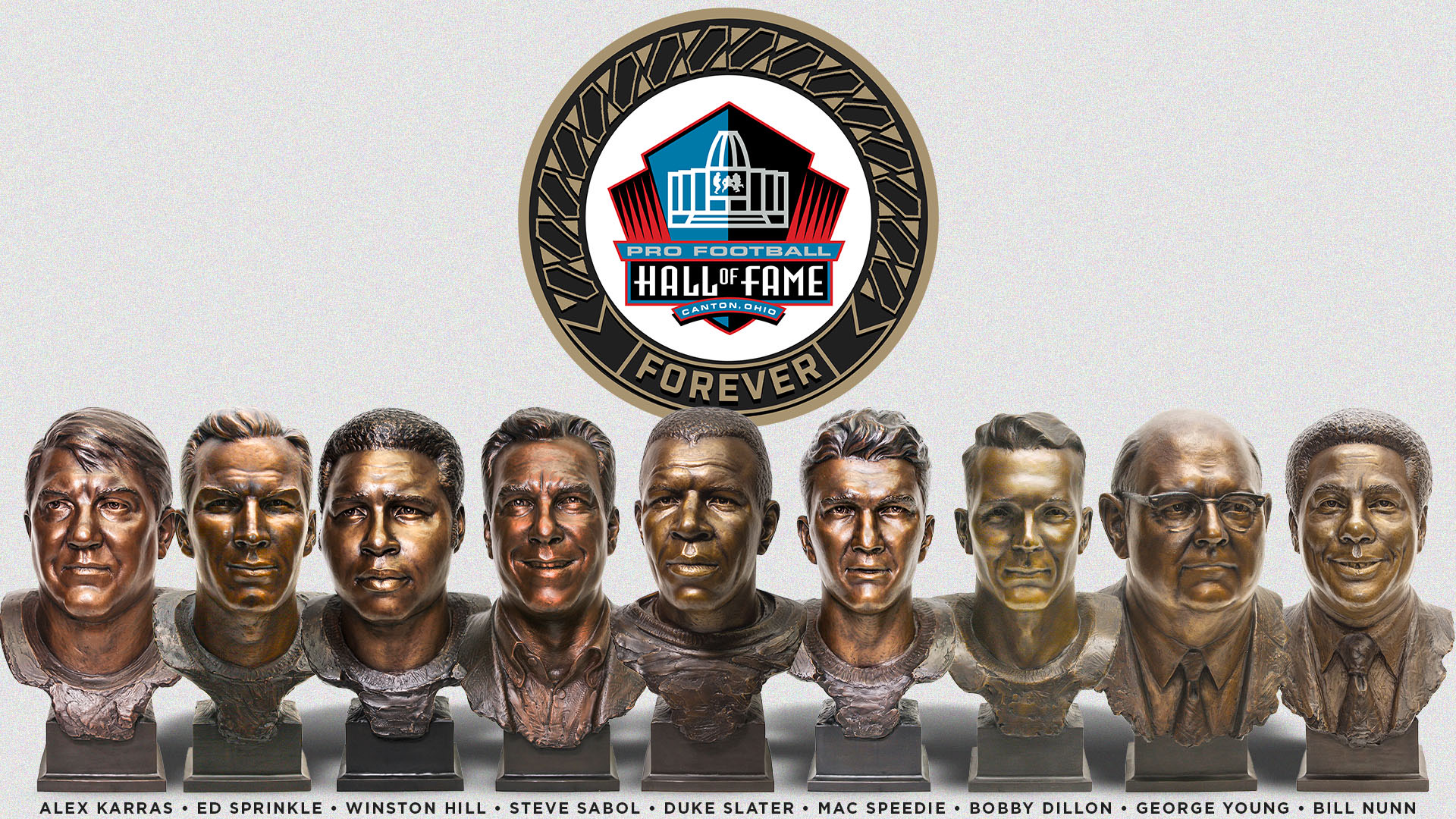 NFL Network and HOF Productions co-produced the event, held at Umstattd Performing Arts Hall in Canton. The 90-minute television special will air Saturday, May 1 on NFL Network and Tuesday, May 4 on ESPN2.

During the event Wednesday, each enshrinee was featured in an exclusive video montage. Family members then unveiled each Bronzed Bust, officially making each of the nine a member of the Hall forever.

After the show, members of the families placed the Bronzed Busts into position in the Hall of Fame Gallery inside the Museum. It marked the first time an enshrinee’s family had been given that honor.

Several special guests and dignitaries, including NFL Commissioner Roger Goodell, were in attendance to honor these heroes of the game.

ESPN2 will broadcast the show at 7 p.m. Tuesday.

Ditka's illustrious NFL career is revisited this week in the Gold Jacket Spotlight.

The Pro Football Hall of Fame added nine men to its list of legends Wednesday night.