Art McNally Selected as Contributor Finalist for Class of 2022 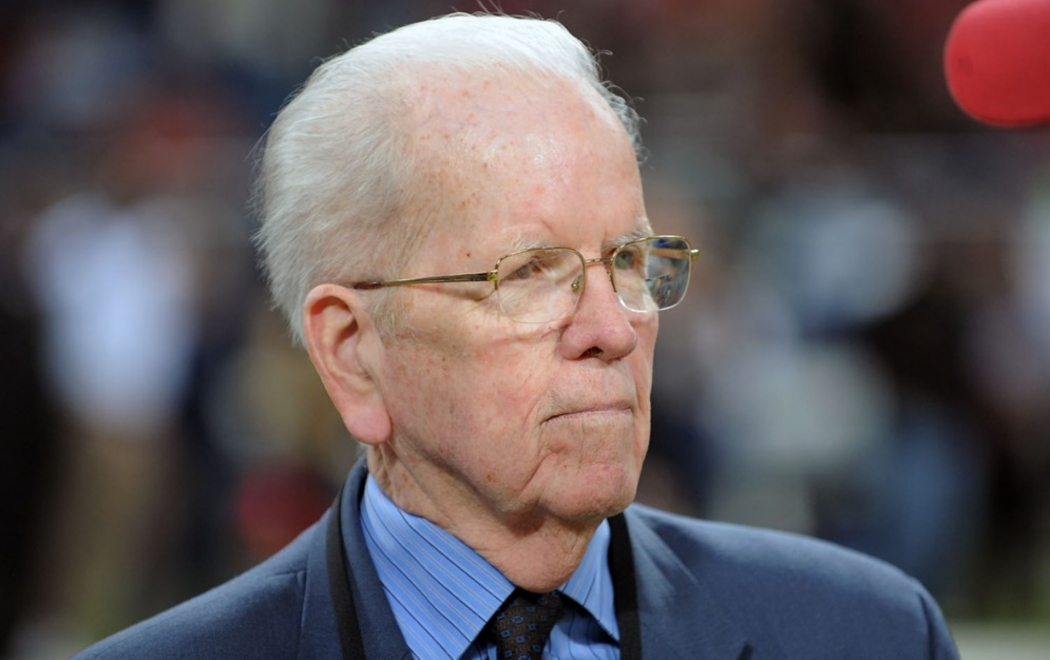 Art McNally, considered “The Father of Modern Officiating” in the National Football League, was selected Tuesday as the Contributor Finalist for the Pro Football Hall of Fame’s Class of 2022. A panel of Hall of Fame Selectors met virtually to make the selection.

If elected when the full Hall of Fame Selection Committee meets in early 2022, McNally would become the first on-field official with a Bronzed Bust in the Pro Football Hall of Fame.

McNally, 96, is a graduate of Temple University. He served with the U.S. Marine Corps in World War II.

“Officiating is critical every day for those who work in the game, and the most important part of officiating is integrity,” said BILL POLIAN, a member of the Hall of Fame’s Selection Committee and its Contributor Committee. “Art McNally first and foremost is a man of utmost integrity. … He set up a system of scouting, training and evaluating officials that is the gold standard for every officiating group in every other sport.”

McNally served as an NFL official for nine years (Field Judge, 1959; Referee, 1960-67) before he was hired as the NFL’s Supervisor of Officials in 1968. Upon his appointment, he installed the first formal program for training and evaluation of football officials in professional sports.

He eventually headed a department of five individuals who coordinated and directed a staff of 112 game officials. He was responsible for the scouting, screening, hiring and grading of the crews that worked each NFL game.

McNally is credited with bringing technology to NFL officiating and introduced the highest level of training for the officials by using video and techniques that NFL teams used with players. He introduced an instant replay system to the NFL in 1986, and through his leadership, instant replay has become an accepted and integral part of the game that has spread to all major sports in America.

He retired from the NFL in 1991, then accepted a position as Supervisor of Officials for the World League of American Football in 1992. At the same time, he continued to serve as an NFL consultant through 1994.

In 1995, McNally returned to the NFL office to work as an Assistant Supervisor of Officials during each football season and continued in that capacity until 2007. He remained an observer of League games though 2015, working with officials on a weekly basis.

Commissioner Paul Tagliabue created the Art McNally Award in 2002 to annually honor an NFL game official who exhibits “exemplary professionalism, leadership and commitment to sportsmanship” on and off the field.

The Contributor Committee, comprised of nine members of the Hall of Fame’s Selection Committee, considers individuals who careers shaped and influenced professional football outside of playing and coaching. The list of eligible 2022 Senior candidates initially was reduced to a list of 11 Nominees. Then five of the nine members (determined on a rotating basis annually) met to discuss each of the candidates. A series of reduction votes preceded additional discussion and the selection of McNally as the Contributor Finalist.

This year, Hall of Fame Selectors Rick Gosselin, Clark Judge, Sal Paolantonio, Charean Williams and Polian comprised the Contributor Committee selection panel. Abe Madkour, the Executive Editor of Sports Business Journal, and Carmen Policy, the president and general manager of the San Francisco 49ers in the 1990s and later president & CEO of the Cleveland Browns, served as consultants for the meeting.

To be elected to the Hall of Fame, McNally must receive 80% voting support by the entire 49-member Selection Committee when it meets early next year (on a date to be determined) in advance of Super Bowl LVI. The Selection Committee will consider 18 finalists: the Senior Finalist (Cliff Branch), the Coach Finalist (Dick Vermeil), the Contributor Finalist (McNally) and 15 Modern-Era Finalists (to be determined from a preliminary list to be announced in mid-September, trimmed to 25 Semifinalists in November and to 15 Finalists in January).

Current bylaws call for a class no smaller than four nor larger than eight. McNally, Branch and Vermeil will be voted on for election independent of each other and the Modern-Era Finalists.

The Class of 2022 will be enshrined next summer during the Pro Football Hall of Fame Enshrinement Week Powered by Johnson Controls in Canton.

About 300 students learned about opportunities to pursue higher education.

Donations to help full slate of events in Canton.