Josh Allen Producing Records through Air and on Ground 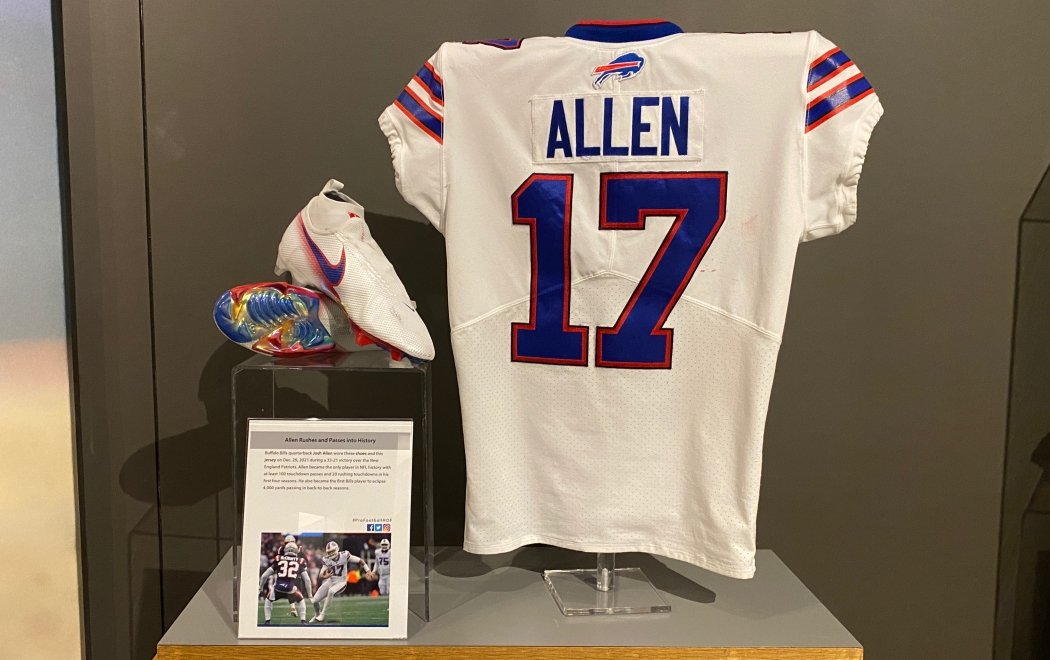 Now on display in the Hall of Fame’s Pro Football Today Gallery are the game-worn shoes and jersey of Buffalo Bills quarterback Josh Allen from Week 16 of the 2021 season. Allen led the Bills to a 33-21 victory over the New England Patriots.

During the game, Allen threw for 314 yards and three touchdowns while adding 64 rushing yards. He became the only player in NFL history with at least 100 touchdown passes and 20 rushing touchdowns in his first four seasons. With his passing totals, he eclipsed 4,000 passing yards on the year and became first Bills player to do so in back-to-back seasons.

Seven inductees were selected from a list of 29 Finalists.