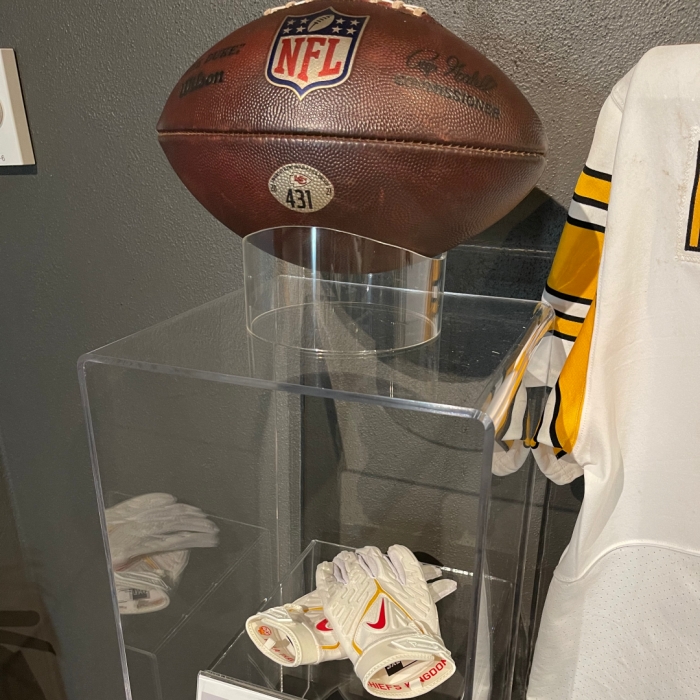 The Buffalo Bills and Kansas City Chiefs battled it out in a game for the ages during the Divisional Round playoffs on Jan. 23. The Chiefs emerged victorious in overtime to advance to the conference championship, defeating Buffalo 42-36.

The contest was the first playoff game in NFL history with three go-ahead touchdowns scored in the final two minutes of regulation. Following the two-minute warning, there were 31 combined points, 296 yards of total offense and five plays of 25 or more yards. The game also marked the first time in league history that opposing quarterbacks each passed for 300 or more yards, three or more touchdowns and rushed for 50 or more yards without throwing an interception.

Travis Kelce clinched the victory for Kansas City on a game-winning, 8-yard touchdown pass from Patrick Mahomes in overtime.

To highlight one of the greatest games ever played, a game ball and Kelce’s game-worn gloves are on display in the Hall’s Pro Football Today Gallery.
Previous Article

Ceremony scheduled for Aug. 6 in Canton.

Jersey from his final regular season game arrives in Canton.