Heart of a Hall of Famer: Ty Law talks about having a support system, his favorite NFL moments 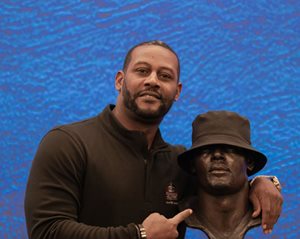 The second in-person installment of the Pro Football Hall of Fame’s “Heart of a Hall of Famer” series took place with Hall of Famer TY LAW this month. Law was in front of hundreds of students from Northeast Ohio and West Virginia to talk about his career on and off the field.

Law spoke about his career journey from Aliquippa, Pa., to the University of Michigan to the NFL. He also touched on the importance of having a support system when times get tough, who he looked to during these times and some of his favorite moments on the field. Those included getting welcomed to the NFL by Cam “Ironhead” Heyward, his three-interception performance against Peyton M 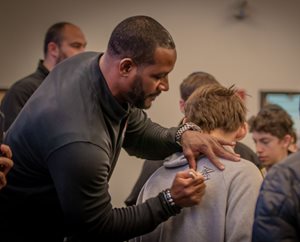 anning and leading the Patriots to the Super Bowl. Check out the full episode here or below.

Law, a cornerback, was selected in the first round (23rd overall) of the 1995 NFL Draft out of the University of Michigan by the New England Patriots. As one of the most dynamic cornerbacks to ever play the game, he dominated the league for 15 seasons.

Law was named the NFL Alumni Defensive Back of the Year in 1998 after leading the league with nine interceptions and was named Pro Bowl Co-MVP after making his first Pro Bowl appearance that same year. A five-time Pro Bowler (1998, 2002-04, 2006), Law was also named first-team All-Pro in 1998 and 2003, elected to the Patriots Team of the Century and named to the NFL’s All-Decade Team of the 2000s.

There will be more installments of the “Heart of a Hall of Famer” series connected by Extreme Networks, over the coming weeks, so be sure to stay tuned in at https://www.profootballhof.com/youth-education.

Five first-year eligible nominees are among the 28 Modern-Era Player Semifinalists for the Pro Football Hall of Fame’s Class of 2023.