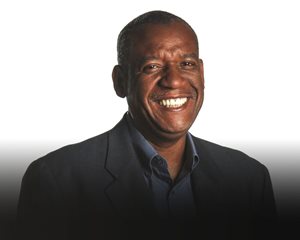 The Pro Football Hall of Fame announced earlier this week on NFL Network the list of 28 Modern-Era Player Semifinalists for the Class of 2023.

To help break down the selection process and the players who reached the Semifinalist stage, joining "The Mission" is USA TODAY writer and the 2022 Bill Nunn Memorial Award winner Jarrett Bell.

Bell, the 54th Nunn Award honoree, is the first Black journalist to receive the honor from the PFWA. The Nunn Award is given to a reporter who has made a long and distinguished contribution to pro football through coverage.

In addition to Bell’s place on the Hall of Fame’s Selection Committee, he is a member of the Coach/Contributor Committee that determines Finalists for election to the Hall in that category.

He also served on the Blue-Ribbon Panel that selected the NFL 100 All-Time Team and has earned multiple Dick Connor Writing Awards from the PFWA.

On the podcast, Bell explains the next steps in the Hall of Fame Selection Process, which comes when the Semifinalists are trimmed to 15 Modern-Era Player Finalists.

That list increases to 19 Finalists with the inclusion of the recommended Nominees of the Hall of Fame’s Coach/Contributor Committee, Don Coryell; and Seniors Committee, Chuck Howley, Joe Klecko and Ken Riley.

Watch the full episode of "The Mission" here or below.

Heart of a Hall of Famer: Ty Law talks about having a support system, his favorite NFL moments

The second in-person installment of the Pro Football Hall of Fame’s “Heart of a Hall of Famer” series took place with Hall of Famer Ty Law this month.

Nicknamed “the Tyler Rose,” Earl Campbell blossomed into the first overall pick of the 1978 National Football League Draft and is the focus of this week’s Gold Jacket Spotlight.