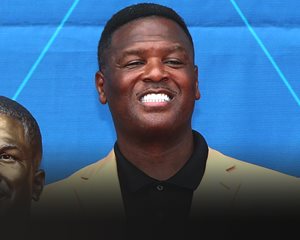 Throughout the ’22 NFL season, the vision of "The Mission" podcast is to connect viewers and listeners with Pro Football Hall of Famers, to help break down some of the league’s primetime matchups, historical matchups and current news storylines, and to learn about the treasured life lessons the game of football has taught these gridiron warriors.

To help look ahead to Week 11 of the NFL schedule, joining "The Mission" is Green Bay Packers Legend LeROY BUTLER, a member of the Hall of Fame’s Class of 2022.

Butler was one of the most dynamic defensive backs in the Packers’ storied history and among the premier safeties of his era. He led the Packers in interceptions five times (1990-91, 1993, 1995, 1997).

Butler was a vital member of a defense that guided the Packers’ renaissance, which included seven playoff appearances in a nine-season span, three consecutive division titles (1995-97) and two Super Bowl appearances.

He started at strong safety in three consecutive NFC Championship Games and Super Bowls XXXI and XXXII, making seven tackles and getting one sack in the Packers’ 35-21 victory over the New England Patriots in Super Bowl XXXI.

Watch and listen as Butler breaks down his former team’s’ Week 11 matchup and shares his thoughts on the contributions of the 19 defensive backs who make up the 129 Modern-Era Player nominees for the Pro Football Hall of Fame Class of 2023 and so much more!

Click here or watch below for the full podcast and to learn the code to receive a 25% discount in the Pro Football Hall of Fame store. If you like this podcast, check out Butler’s "Leap36" podcast here.

Gold Jacket Spotlight: All Steve Largent did 'is beat you'