The Cardinals, the oldest professional football team in terms of continuous operation, were founded as the Morgan Athletic Club in 1898.  Nicknamed after the Cardinal red jerseys they donned in the early years, the team operated in Chicago through 1959, in St. Louis from 1960 to 1987, moved to Arizona following the 1987 season. 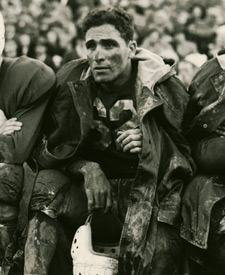 The Cardinals have had many great players and coaches over the years including Hall of Famer Charley Trippi (right).

Thirteen of the franchise's alum have been honored in the Cardinals Ring of Honor.

More on the Cardinals Ring of Honor>>>