The NFL returns to action this Thursday when the Houston Texans head to Arrowhead Stadium for a date with the 2020 Super Bowl Champion Kansas City Chiefs.

While the 2020 NFL season will look different from the jump, the level of skill on the field will be just as good.

With several offseason moves that have injected new life into the league, teams have set their sights on Tampa for the 2021 Super Bowl.

A new season equals new opportunity for all 32 franchises.

Here are your Power Rankings for Week 1 of the 2020 NFL season. 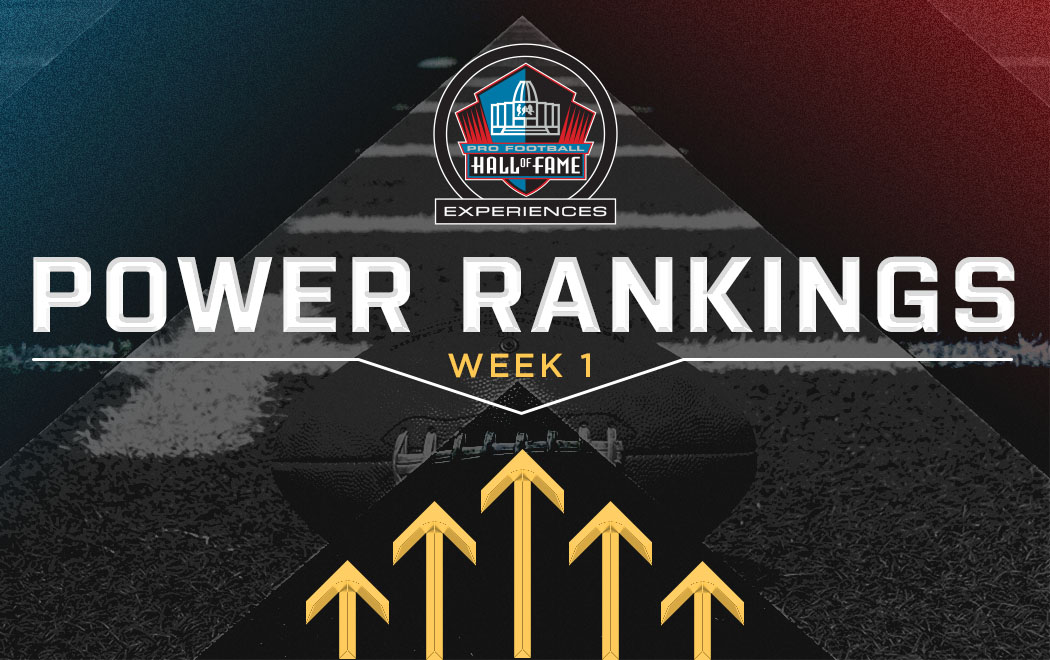 The Chiefs came out of the 2020 offseason as winners for one big reason: resigning Patrick Mahomes. In July, the Chiefs locked up their NFL and Super Bowl MVP quarterback to a 10-year extension worth up to $503 million.

But that was not the end of their offseason moves. The reigning Super Bowl champions rewarded Mahomes’ favorite target, tight end Travis Kelce, with a four-year, $57 million extension of his own. The move locks in the dynamic partnership between Mahomes and Kelce for the next half-decade.

On the defensive side of the ball, Kansas City put its money towards defensive tackle Chris Jones, who inked a four-year extension worth $85 million.

Going into the season, the Chiefs have maintained all the core parts of their Super Bowl-winning machine from last season. If anything, going into the season healthy makes them even more of a threat after both Tyreek Hill and Mahomes missed significant time during the 2019 campaign.

With the 50-year title drought now in the rearview mirror, the Chiefs must adjust to being the team to beat.

The Baltimore Ravens are looking for redemption after their historic regular season was thwarted by the Tennessee Titans in the AFC Divisional Round last year.

The regular season produced an MVP campaign for Lamar Jackson and 13 Pro Bowl selections for the Ravens, but the poor playoff performance left much to be desired.

Instead of sulking in defeat, the Baltimore front office went to work early in the offseason to reload the squad for another sprint towards the Lombardi Trophy.

While the offense will maintain the same faces of Jackson, running backs Mark Ingram, Gus Edwards, Justice Hill and more, the defense got some new additions. Most notable are defensive ends Calais Campbell and Derek Wolfe, who should make an immediate impact on the edges.

After claiming the top seed in the AFC last season, anything other than a spot in the AFC Championship this year will be underwhelming for head coach John Harbaugh and company.

The reigning NFC Champions have everything they need to find themselves back in the Super Bowl.

The 49ers are keeping Jimmy Garoppolo under center and the franchise inked his favorite target George Kittle to a five-year extension worth up to $75 million.

The Niners offense will gain a new bit of explosiveness with running back Jerick McKinnon, who joins the franchise once again after missing two seasons due to an ACL injury. He signed a four-year, $30 million contract with San Francisco in 2018 but has yet to see the field with the team. Reports out of training camp are that the pass-catching tailback looks like his pre-injury self.

Most of the defense looks the same aside from first-round pick Javon Kinlaw from South Carolina, who San Francisco drafted with the pick that they got from trading DeForest Buckner.

The pieces are in place for the 49ers, but they still have to tackle the dreaded hangover from a Super Bowl loss.

All eyes will be on the NFC South this season, but let’s start by talking about the division’s perennial winner.

Time is running out for this Saints team to get 41-year old quarterback Drew Brees back to the Super Bowl.

In fact, this season may be their final chance. Luckily, their roster is good enough to get them to Tampa in February.

The core group of Brees, NFL Offensive Player of the Year Michael Thomas and running back Alvin Kamara is still intact, along with factors like Latavius Murray and Taysom Hill.

Familiar faces like Cam Jordan, Demario Davis and Marshon Lattimore still run the three levels of the Saints defensive unit, which is one of the best run-stopping crews in the league.

If 2020 didn’t have enough surprises already, the Tom Brady and Rob Gronkowski team-up in Tampa has everyone focused on Tampa Bay.

Brady walks into an offense with a ready-made arsenal for him with receivers Mike Evans and Chris Godwin, two men who could be considered No.1 receivers on most teams.

The 6-time Super Bowl winning quarterback has a solid line in front of him, highlighted by left guard Ali Marpet, and will work with a backfield consisting of Ronald Jones II and LeSean McCoy. Oh yeah, they also just added former Jacksonville Jaguar Leonard Fournette to the running back room.

Let’s just say that we can’t wait for the offensive explosion waiting to happen when Brady and Brees face off twice this season.