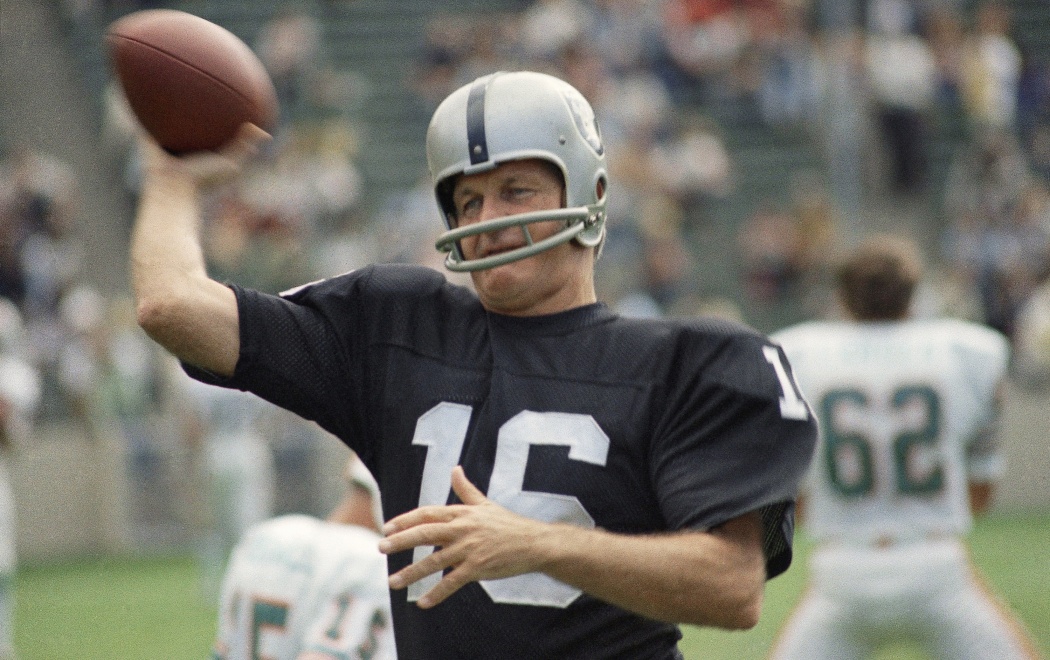 Millions of fans around the country are gearing up for the 2020 National Football League season, with many hosting fantasy football drafts. The Pro Football Hall of Fame this season has been offering fans a great way to kick off those events with a Zoom call drop-in from one of the best players of all time.

In live, five-minute interactions, a participating Hall of Famer interacted casually with league members – answering questions or giving his insight into draft choices and strategy.

There can’t be many better ways to begin a fantasy football season than having a Pro Football Hall of Famer “Crash Your Draft.” And the eagerness of six Hall of Famers to participate in the promotion reflects the popularity of fantasy football nationwide and its explosive growth from its unusual starting point.

Fantasy football boasts a much longer and storied history than some of its players realize. And, as it turns out, the concept was not created by a fan.

The idea traces back to the Oakland Raiders in the American Football League. Its inventor, Bill “Wink” Winkenbach, was owner of the Superior Title Co. in the Bay Area as well as a minority stakeholder of the Raiders.

On a particularly long road trip in October 1962, Winkenbach, Raiders’ Public Relations Director Bill Tunnell and Scotty Stirling – a long time sportswriter for the Oakland Tribune who later became the Raiders’ PR director – gathered in a midtown Manhattan hotel room. Looking for a way to find some enjoyment amid a nightmarish (1-13) Raiders season, they sketched out rules for a game that eventually would become “fantasy football.”

The world’s first fantasy football league was created a few weeks before the following AFL season. The Greater Oakland Professional Pigskin Prognosticators League (GOPPPL) held its inaugural draft in August 1963. The GOPPPL was a closed club, with membership limited to men with a close connection to the Raiders organization, whether management or media.

Andy Mousalimas, then running a popular bar in the Oakland area called The Lamp Post, was one of the Raiders’ top season ticket holders, and Stirling asked him to join the league. The draft was held at Winkenbach's house, and Pro Football Hall of Famer George Blanda would go down in history as the first fantasy football draft selection.

By September 1969, most of the original creators of GOPPPL had stopped playing. Mousalimas became commissioner and created the first public fantasy football league – 60 teams hosted at his new sports bar in Rockridge called the King's X.

It has become so popular that DirecTV’s “NFL Sunday Ticket” package debuted the Red Zone Channel in 2009. Fantasy football owners can view every touchdown from every game live. A few years later, “Fantasy Zone” was created to focus solely on how the live action is affecting the day’s fantasy stats, with up-to-the-minute, game-to-game analysis, stats and on-screen tickers that offer projections and key player updates.

Like most historic events, at the time of fantasy football’s inception the founders had no idea the impact it would create on the sport and its viewing. Almost six decades later, the creation of fantasy football has helped the NFL get its fans to care about every second of every game.