On Sept. 29, 1968, the Denver Broncos sent rookie Marlin Briscoe into action at quarterback with just under 10 minutes to play in the home opener against the Boston Patriots.

A 14th-round draft pick nicknamed “The Magician,” Briscoe wasted little time completing his first pro pass when he immediately hooked up on a 22-yarder to Eric Crabtree. The following drive, Briscoe directed the Denver offense on an 80-yard drive capped by his brilliant 12-yard touchdown run. 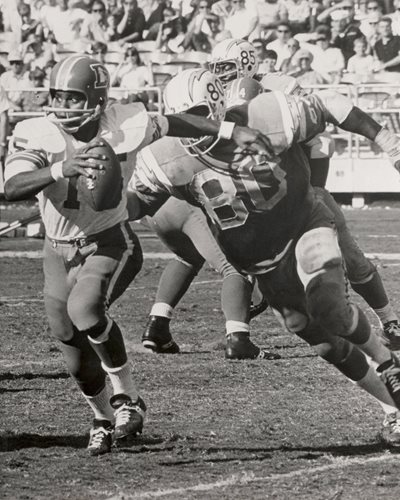 Originally drafted to play cornerback for the Broncos after he set 22 school passing records at the Municipal University of Omaha, Briscoe persuaded head coach Lou Saban to give him a tryout as a quarterback during training camp.

Briscoe received his opportunity to play the quarterback position only when a rash of injuries made Saban desperate. After starter Steve Tensi broke his collarbone and three backups tried and failed, Briscoe got the call and delivered.

At season's end, he had passed for 1,589 yards and threw a team rookie record 14 touchdowns. His season-long pass completion was a 66-yarder to Hall of Fame running back Floyd Little. According to accounts of the play, the pass traveled nearly 60 yards in the air. Briscoe also rushed 41 times for 308 yards and scored three TDs during the '68 season.

Briscoe's stay in Denver and at the quarterback position ended abruptly, however, when he was dealt to Buffalo in 1969. The Bills moved him to wide receiver, a position he never had played. He made the most of the opportunity, hauling in 32 passes for 532 yards and five TDs in his first season with the Bills. 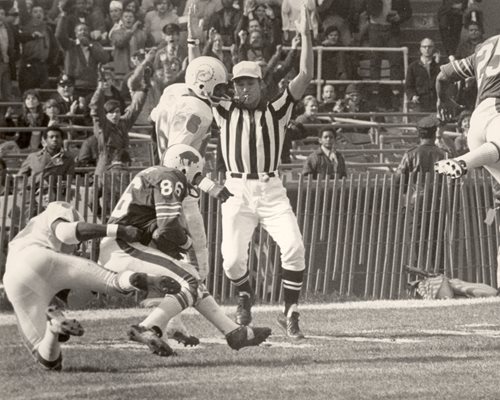 The following year, he recorded the finest season of his nine-year pro career. He eclipsed the 1,000-yard mark and led the Bills in receiving with 57 catches for 1,036 yards and scored eight touchdowns. Briscoe was named All-AFC, earned second-team All-NFL honors and was voted to the Pro Bowl.

He registered another fine season in 1971 before the Bills shipped him to the Miami Dolphins in exchange for a first-round draft pick, which the Bills used to draft future Hall of Fame guard Joe DeLamielleure.

Briscoe continued to produce in Miami. Although the Dolphins ran a ball-control offense, he caught 16 passes and scored four TDs during the team’s undefeated season in 1972. Briscoe added another 30 catches the following year as he and the Dolphins won their second Super Bowl. 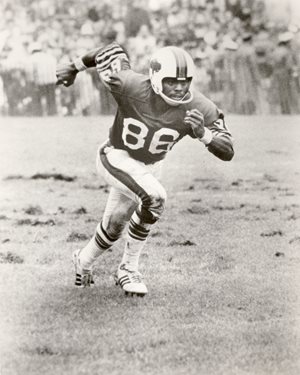 He wrapped up his career as a member of the San Diego Chargers and Detroit Lions in 1975 and with the New England Patriots in 1976.

Sadly, Briscoe died Monday after being hospitalized with circulation issues in his legs. He was 76 years old.

“Today is a sad day for me,” Hall of Famer Warren Moon tweeted Monday. “One of my idols growing up, Marlin Briscoe, passed away. He was one of a few Black QBs of the late 60s that gave me the inspiration that one day I could play QB as a professional.”

Though Briscoe is not a member of the Pro Football Hall of Fame, his story and legacy an NFL Legend will be preserved and promoted in Canton to future generations.

'The Mission: Genesis Butler Will Present Her Husband LeRoy Butler At His 2022 Enshrinement'

Genesis Butler becomes the sixth player's wife to serve as her husband's Hall of Fame Presenter.

The Stallions became the first team to ever win a pro football league's championship on Canton soil with their 33-30 win over the Philadelphia Stars on Sunday.