The U.S. Army All-American Bowl, the nation’s premier high school All-American game, will be broadcast nationally this Saturday, Jan. 9, 2016 at 1 PM ET on NBC. The game and the events that surround it will feature four Gold Jackets (living Hall of Famers). 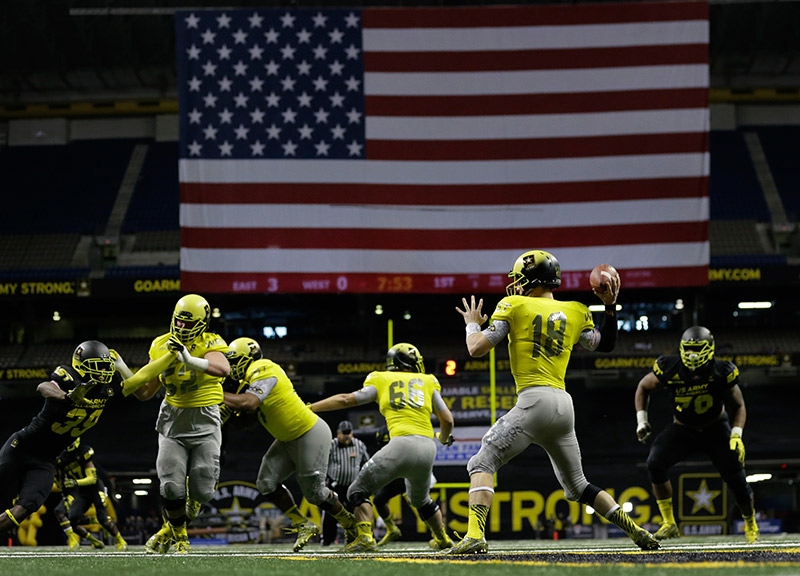 Gold Jackets Tim Brown and Shannon Sharpe will serve as honorary coaches for the game. In addition, Bruce Matthews will conduct clinics using the GoArmy Edge coaching software application and Anthony Muñoz will serve as the keynote speaker at the U.S. Army All-American Awards Show. 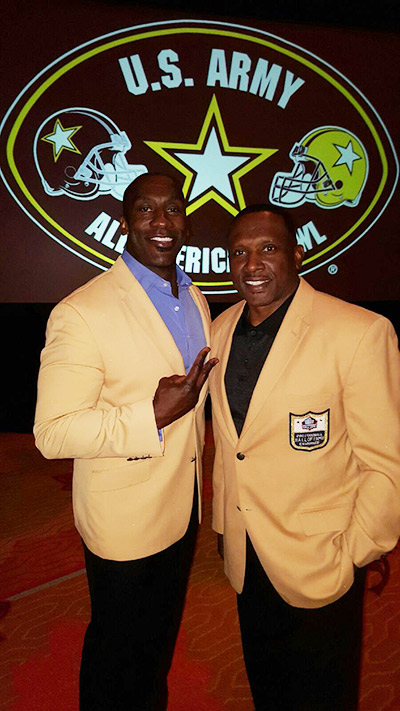 The U.S. Army All-American Bowl features the Nation’s top 90 players from across the country in an annual East vs. West matchup in San Antonio’s Alamodome. A select group of these athletes will also use the game as a platform to announce the colleges at which they will play football. Throughout its 16 years, the game has featured the Nation’s most elite football players including Andrew Luck, Jamaal Charles, DeMarco Murray, Eric Berry, Patrick Peterson, LeSean McCoy, Sammy Watkins and hundreds more.

Gold Jacket @shannonsharpe84 discusses his role as honorary coach for the @goarmy #ArmyBowl.

In addition, 2016 marks the fourth year of the Hall’s partnership with the U.S. Army for the U.S. Army-Pro Football Hall of fame Award for Excellence program. The program is open to sophomore, junior, and senior high school male and female athletes who excel academically, athletically, and are active in their communities.

Gold Jacket Anthony Muñoz played in the coldest game in NFL history (with wind chill) on Jan. 10, 1982 when the Cincinnati Bengals played the San Diego Chargers in the AFC championship game.