Bill Nunn Selected as Finalist for HOF Class of 2021 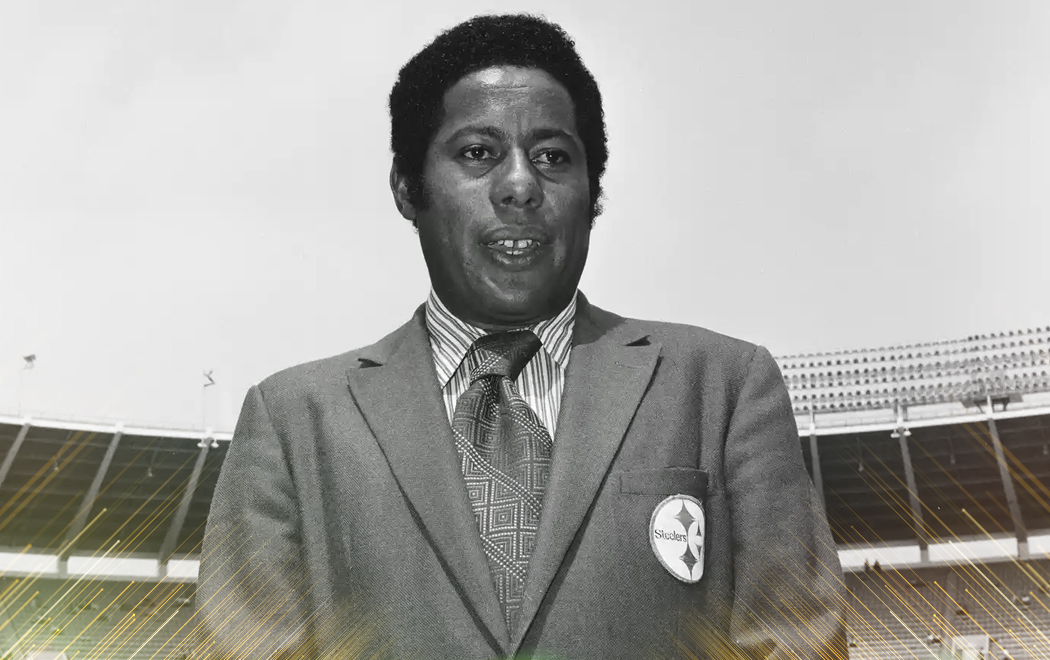 Bill Nunn, the “super scout” of the Pittsburgh Steelers and later the team’s Assistant Director of Player Personnel, has been selected as the Contributor Finalist for the Pro Football Hall of Fame’s Class of 2021. He was picked by the Hall of Fame’s Contributor Committee, which met virtually for several hours Tuesday.

Nunn worked as a sportswriter at the Pittsburgh Courier, one of the most influential publications serving predominantly Black communities in the United States. His knowledge of players and coaches affiliated with Historically Black Colleges and Universities (HBCUs) led to a job with the Pittsburgh Steelers that became a 45-year (1968-2013) “second career.”

“You don’t know how much this means to us,” Nunn’s daughter, Lynell Nunn, said when reached moments after the vote by David Baker, president and CEO of the Hall of Fame.

Nunn is credited with helping build the Steelers’ dynasty of the 1970s, thanks to the drafting of JOHN STALLWORTH (Alabama A&M), MEL BLOUNT (Southern) and DONNIE SHELL (South Carolina State) from HBCUs. But as the Selectors noted in their deliberations, Nunn also helped locate talent at other small colleges, including JACK LAMBERT at Kent State University. All four players are members of the Pro Football Hall of Fame.

“Bill Nunn is a giant figure that people just don’t know enough about,” one Selector noted.

The Contributor Committee, comprised of nine members of the Hall of Fame’s Selection Committee, considers individuals who made outstanding contributions to professional football in capacities other than playing or coaching. The list of eligible 2021 Contributor nominees were reduced to 10 Semifinalists who were considered Tuesday. Five of the nine members (determined on a rotating basis) on the committee met to discuss each of the candidates and select the finalist.

Two consultants assisted the Selectors this year, providing additional insights on the candidates. One was a longtime front office executive for several NFL teams; the other was an NFL historian and longtime League executive.

To be elected to the Hall of Fame, Nunn must receive 80 percent voting support by the entire 48-member Selection Committee on “Selection Saturday.” The Hall’s Selection Committee, at its annual meeting to be held Saturday, Feb. 6, 2021 in Tampa, Fla., will consider 18 finalists: a Senior (Drew Pearson), a Coach (Tom Flores), a Contributor (Nunn) and 15 Modern-Era Finalists (to be determined from a preliminary list announced Sept. 16; trimmed to 25 semifinalists in November and to 15 finalists in January).

Current bylaws call for a class no smaller than four nor larger than eight. Nunn will be voted on for election independent of the other finalists.

The Class of 2021 formally will be enshrined on Sunday, Aug. 8, 2021 during the Pro Football Hall of Fame Enshrinement Week Powered by Johnson Controls in Canton.

Bill Nunn Jr., an instrumental figure in the Pittsburgh Steelers dynasty of the 1970s, was selected as a finalist in the contributor category for the Class of 2021.

Brett Favre received another honor this past weekend in his longtime home state.