On January 29, 1963, the inaugural class of enshrinees for the Pro Football Hall of Fame were announced, which consisted of 17 players and executives that helped make professional football a reality. 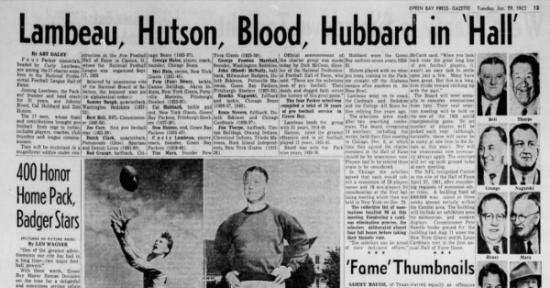 Doug Williams, Harold Carmichael among those named through gifts.