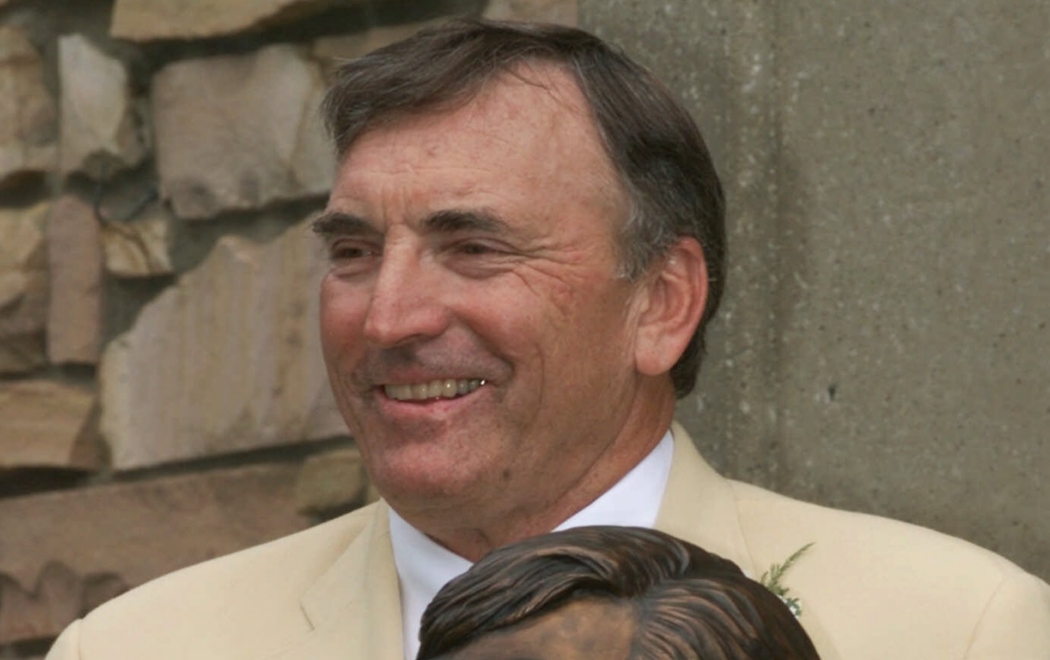 During an interview with Dave Wilcox, the host asked him how he got his nickname.

“That is a good question,” replied the man known as “The Intimidator.”

“When you find out, would you let me know? … Butkus and Nitschke, they were intimidating guys. I was a nice guy.”

Opposing players over Dave’s 11-year career from the mid-1960s to mid-1970s certainly would dispute that contention – at least his on-the-field demeanor.

Dave’s “area” this week is center stage, as he steps into the Gold Jacket Spotlight for an appreciation of his Hall of Fame career.

Another member of the sterling 1964 NFL Draft class, Dave played tight end and guard on offense and defensive end at Oregon for two seasons after two years at Boise Junior College (now Boise State University). The San Francisco 49ers, who selected him with the first pick of the third round (29th overall), moved him to left outside linebacker.

A series of unfortunate events sidelined two teammates and opened the door for Dave to enter the starting lineup as a rookie, and he would miss only one game over the next 11 seasons. From 1966 to 1973, he made the Pro Bowl seven times and was named an AP first-team All-Pro twice and All-NFC three times.

Combining strength, speed and a build that included unusually long arms, Dave could defend both the run and pass with equal effectiveness. Players and coaches regularly praised his ability to neutralize opposing tight ends.

“All the great tight ends would come into Kezar Stadium, or wherever we would go, and they never caught diddly,” said former 49ers quarterback John Brodie, who played 10 seasons with Dave. “They’d beat us in other ways, but nobody could get off the line.”

A sports reporter once wrote that “Wilcox hit fullbacks and tight ends like a misplaced steer wrestler, grabbing them at the top of both arms, or by the shirt, and flinging them to the ground. A Dave Wilcox tackle starts at the shoulders and hurts all the way down.”

Dave finished his career with 14 interceptions, 12 fumble recoveries and 36.5 sacks (an unofficial stat in his era). Some opponents simply chose to attack the other side of the field.

A performance-based score the 49ers’ coaches compiled reflected Dave’s technique, efficiency and production week in and week out. The typical score for a linebacker was 750. His mark in 1973 – his last Pro Bowl season – of 1,306 came on the strength of 104 solo tackles, four forced fumbles, 13 tackles for loss and few missed assignments.

“You have to have enough pride to want to be the best,” Dave said. “When no one completes a pass on your side or runs your hole, that gives you a better feeling than what someone says about you in a book.”

The “book” on Dave reads: Durable. Tough. Among the best linebackers in the history of the National Football League. Member of the Pro Football Hall of Fame’s Class of 2000. Intimidating. And, yes, nice guy.

The HOF WR is the latest guest on "The Mission" podcast.

Lions, Raiders & Cowboys to pay tribute to Hall of Famers during special ceremonies during Week 3.