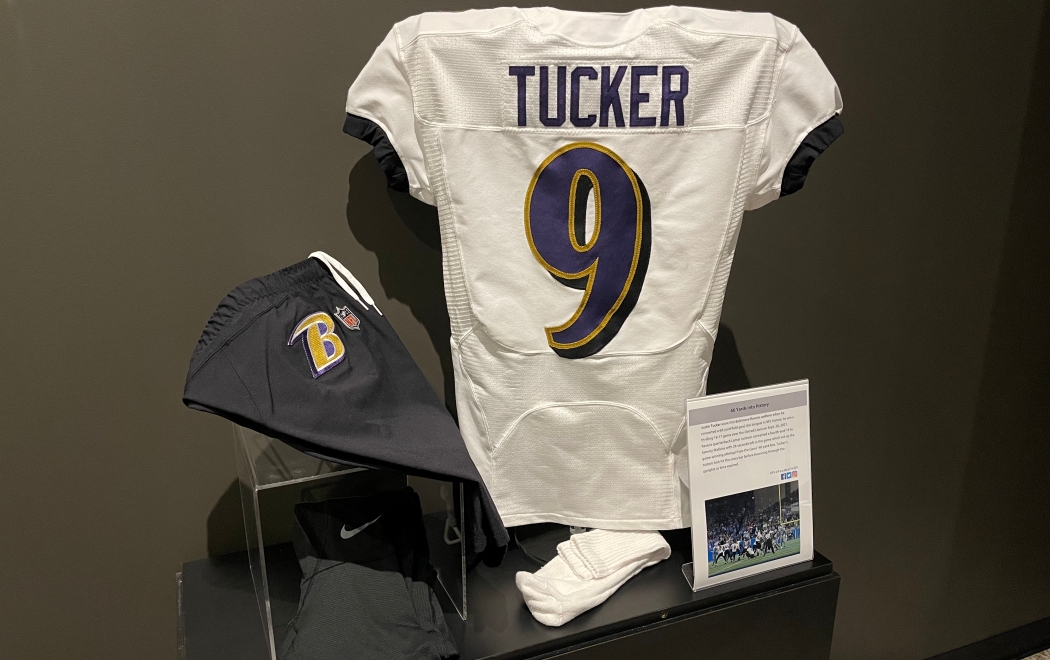 Artifacts from two record-setting plays that occurred Sunday, highlighting the importance of special teams, have been placed on display at the Pro Football Hall of Fame.

Guests visiting the Pro Football Today Gallery will find the No. 9 white jersey, black pants and socks Justin Tucker wore when he kicked a 66-yard field goal as time expired in the Baltimore Ravens’ dramatic 19-17 victory over the Detroit Lions.

Tucker has indicated he also will send his kicking shoe to Canton later this season – once he is able to break in a new shoe.

His successful kick added 2 yards to the NFL record. Matt Prater, then with the Denver Broncos, connected from 64 yards on Dec. 8, 2013 against the Tennessee Titans. 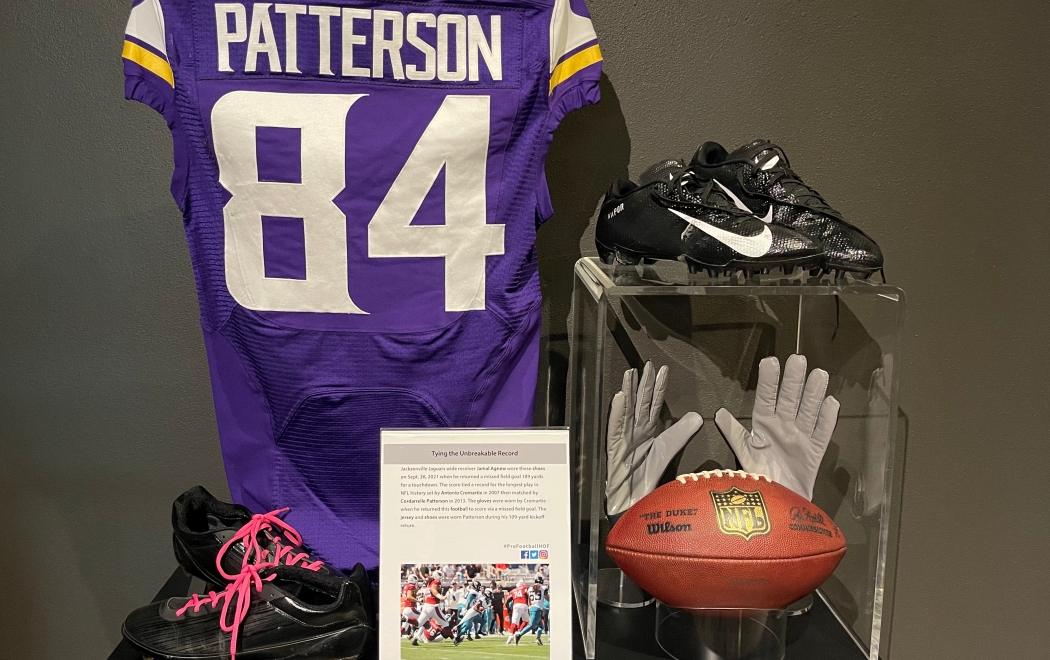 Prater, now with the Arizona Cardinals, came up short on a 68-yard attempt Sunday in Jacksonville. That effort resulted in an NFL record-tying 109-yard return for touchdown by Jamal Agnew. The Hall received his game-used shoes and has placed them on display in the Pro Football Today Gallery.

Tucker, a four-time All-Pro selection who was named to the NFL’s All-Decade Team of the 2010s, has made over 90% of his field goal attempts (298-of-329). He has made all 16 field goals attempted in the final minute of regulation in his 147 career games over 10 NFL seasons. His previous personal-best kick traveled 61 yards in 2013.

Agnew, now in his fifth NFL season, has returned two kickoffs and four punts for touchdowns in his career. In Week 2 against Denver this season, he took a kickoff 102 yards for a score.

The Pro Football Hall of Fame is operating under its fall hours through the end of the year. The Museum is open daily, except Thanksgiving and Christmas days, from 9 a.m. to 5 p.m. For travel and visitor information, go to www.profootballhof.com/visit.

The HOF WR is the latest guest on "The Mission" podcast.