Pro Football Hall of Famer JIM THORPE has been reinstated as the sole winner of the 1912 Olympic pentathlon and decathlon in Stockholm — nearly 110 years after being stripped of those gold medals for violations of strict amateurism rules of the time.

The Associated Press reported the International Olympic Committee announced the change Friday, the 110th anniversary of Thorpe winning the decathlon and later being proclaimed by King Gustav V of Sweden as “the greatest athlete in the world.”

Thorpe, a Native American, returned to a ticker-tape parade in New York, but months later it was discovered he had been paid to play minor league baseball over two summers, an infringement of the Olympic amateurism rules. He was stripped of his gold medals in what was described as the first major international sports scandal.

Thorpe to some remains the greatest all-around athlete ever. He was enshrined into the Hall of Fame in 1963. 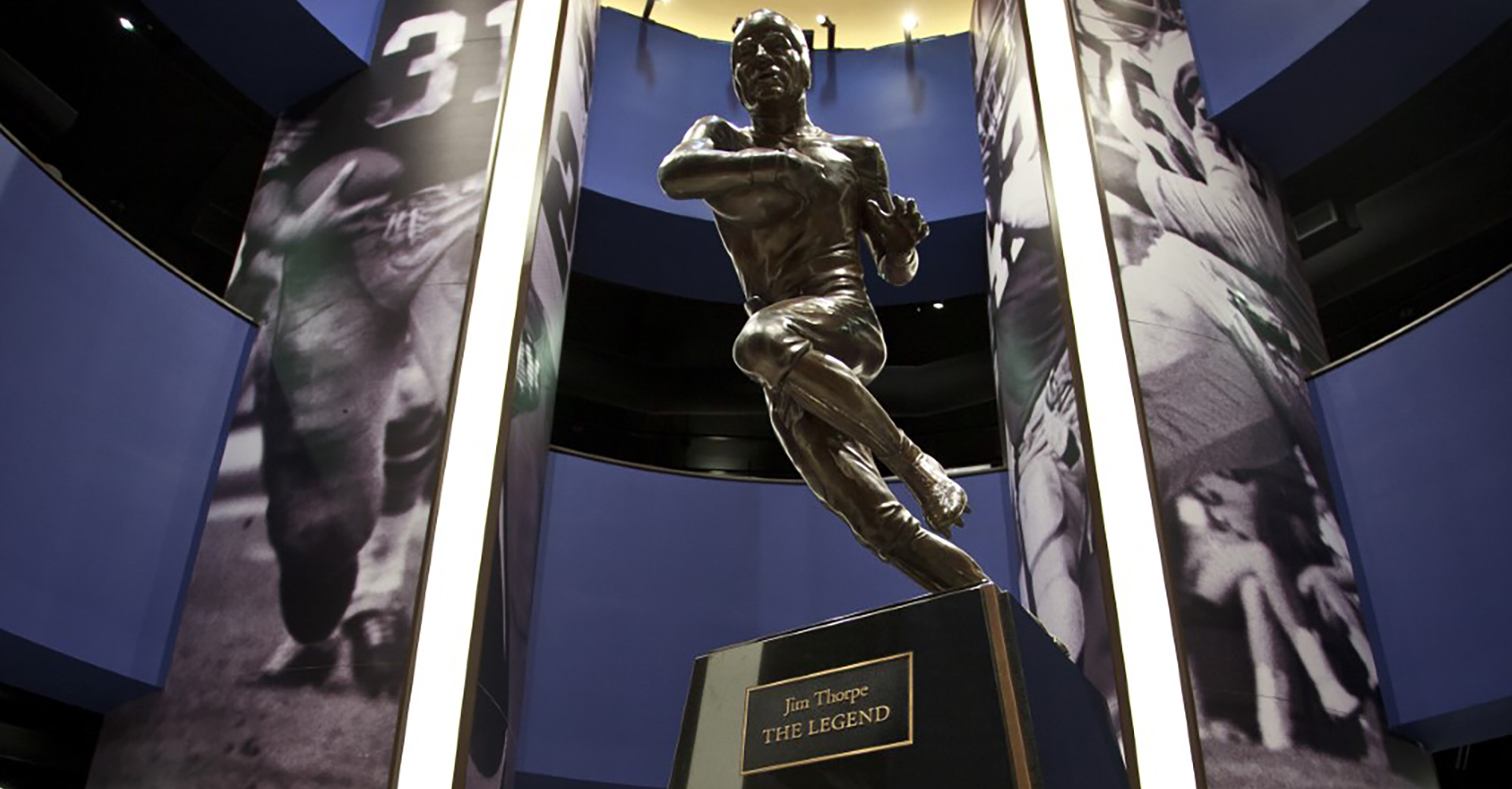 In 1982 — 29 years after Thorpe’s death — the IOC gave duplicate gold medals to his family, but his Olympic records were not reinstated, nor was his status as the sole gold medalist of the two events.

According to a news release from the nonprofit group Bright Path Strong, a 2020 petition from the organization was the impetus for the IOC decision.

“Thanks to the great engagement of Bright Path Strong, a solution could be found," IOC President Thomas Bach said. "This is a most exceptional and unique situation. It is addressed by an extraordinary gesture of fair play from the concerned National Olympic Committees.”

Prior to the decision, the IOC had listed Thorpe as a co-champion in the official record book.

“We are excited this injustice has finally been corrected and are proud to be a part of changing history and helping tell Jim’s story,” said BPS Chairman Lloyd Mathiesen of Chicken Ranch Rancheria. “Jim’s resilience and perseverance stands as a beacon to our youth and shows them anything is possible.”

The Native American-led group's mission is to continue Thorpe’s legacy of community service.

Anita Thorpe, granddaughter of Jim Thorpe, Vice Chairman of Sac and Fox Gaming Commission, and BPS honorary board member, said: “A moment 110 years in the making to finally hear the words officially spoken again, ‘Jim Thorpe is the sole winner of the 1912 decathlon and pentathlon.’ A glorious time of celebrations to all of his friends, family, and supporters. Hooray!”

The Associated Press contributed to this report.

Emmy, Peabody and Webby Award-winning actor, writer and producer Keegan-Michael Key will take the stage during the Class of 2022 Enshrinement at noon Aug. 6 at Tom Benson Hall of Fame Stadium.

When legendary defensive end Bryant Young walks across the stage Aug. 6 at the 2022 Pro Football Hall of Fame Enshrinement, he will solidify his place in football history among the 362 enshrinees.