Interceptions (at start of 2015 NFL Season) 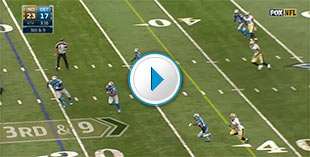