Hall of Famer Lamar Hunt, a co-founder of the American Football League, located his team in Dallas.  By their third year, the Texans won the AFL title. Following that season, for the good of the league, the team was moved to Kansas City and became the Chiefs.  The franchise recorded the best record in the 10-year history of the AFL highlighted by a win in Super Bowl IV. 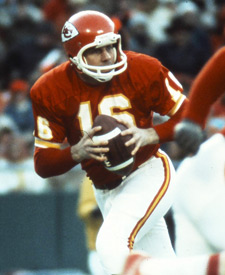 In tribute to those who have made outstanding contributions to the success of the Kansas City Chiefs Football Club, the team has established a Hall of Fame. New inductees are selected by a three-man committee, representing the Chiefs Booster Club, the area media and the Chiefs organization. The award is presented annually at the “101 Banquet.”

More on the Chiefs Hall of Fame>>>