The Cleveland Browns began as members of the rival All-America Football Conference (AAFC).  After capturing that league's title in each of the four seasons the AAFC existed, the Browns moved to the NFL in 1950.  Cleveland's domination continued as the Browns advanced to the NFL championship game six straight seasons and won the league crown in 1950, 1954, and 1955.  The franchise added a fourth NFL championship in 1964.

In 2010, the team announced plans for the new Cleveland Browns Ring of Honor. The initial class of inductees were honored on Sept. 19, 2010 and consists of 16 former Browns who have been enshrined into the Pro Football Hall of Fame. 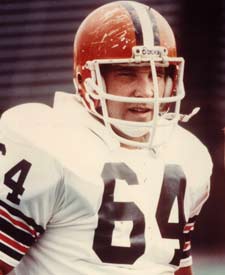 More on the Ring of Honor>>>