The Packers were formed in 1919 and joined the NFL in 1921.  No team in NFL history has won more championships than the Packers which has earned Green Bay the moniker, "Titletown USA."  Over the years, the Packers have twice strung together three straight league crowns (1929-1931, and 1965-67).  In all, the franchise has claimed a record 13 NFL championships including four Super Bowl titles. 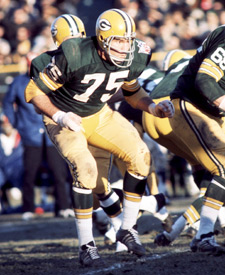 The Packers Hall of Fame currently has 147 members who've contributed to the greatness of this storied franchise.

For more information about the Packers Hall of Fame click here>>>